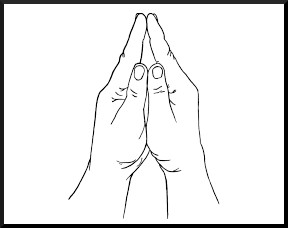 Would you please explore the provenance of this prayer?

Quote Investigator: There are many versions of the Serenity Prayer, and its phrasing has evolved over time which makes it difficult to trace. The complex topic of provenance was examined by top quotation expert Fred R. Shapiro who is the editor of “The Yale Book of Quotations”. He concluded with a “high degree of confidence” that prominent theologian Reinhold Niebuhr originated the Serenity Prayer. 1

A crucial piece of evidence appeared in the diary of Winnifred Wygal within an entry dated October 31, 1932. Wygal studied with Reinhold Niebuhr at Union Theological Seminary, and in the following diary passage the initials R.N. referred to Niebuhr. Wygal credited him with a statement that partially matched the prayer. Boldface added to excerpts by QI: 2

R.N. says that ‘moral will plus imagination are the two elements of which faith is compounded.’

‘The victorious man in the day of crisis is the man who has the serenity to accept what he cannot help and the courage to change what must be altered.’

The above text contained two of the three elements in the tripartite structure of the Serenity Prayer. The phrases “serenity to accept” and “courage to change” were present, but the phrase “wisdom to know” was absent.

The following year in March 1933 Wygal published an article in “The Woman’s Press”, a periodical of the Y.W.C.A. (Young Women’s Christian Association). She included the earliest instance known to QI of a match for the full tripartite structure. The third part of this formulation employed the phrase “insight to know”. This instance appeared as an epigraph in the article without attribution: 3

Oh, God, give us courage to change what must be altered, serenity to accept what can not be helped, and insight to know the one from the other.

Another crucial piece of evidence occurred in Wygal’s 1940 book “We Plan Our Own Worship Services”. She presented a close match for Serenity Prayer: 4

“O God, give us the serenity to accept what cannot be changed, the courage to change what can be changed, and the wisdom to know the one from the other.” (Reinhold Niebuhr)

Thus, these three citations show that the earliest person known to have used the prayer was a student of Niebuhr’s, and she credited him with its creation.

END_OF_DOCUMENT_TOKEN_TO_BE_REPLACED

Dear Quote Investigator: Tyrannical systems are often created by people who believe that they have the highest and noblest intentions. Totalitarian countries, theocratic dictatorships, and abusive cults are typically founded and promoted by those who are convinced that their actions will benefit humankind. Here is a pertinent adage about self-deception and fallibility:

Most of the evil in this world is done by people with good intentions.

The above statement has been attributed to the famous poet and playwright T.S. Eliot, but I have never seen a solid citation. Would you please explore this topic?

Quote Investigator: There is no evidence that T. S. Eliot wrote or spoke the statement above. On the other hand, he did write two thematically related remarks which are presented further below.

The viewpoint of the adage can be expressed in many different ways which makes it very difficult to trace. A match occurred in 1914 within a trade journal called “The Creamery and Milk Plant Monthly”. A section presenting miscellaneous news stories included a short item discussing milk pasteurization. The anonymous author of the item wrote the following. Boldface added to excerpts by QI: 1

But the fact is, that the greatest harm in the world has been done by people with good intentions. The bad ones seldom have power enough to do great harm.