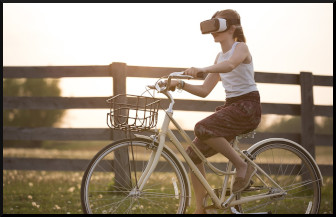 Dear Quote Investigator: A longstanding philosophical hypothesis suggests that our experiences are simply an illusion or a dream. A modern technological version of this hypothesis suggests that our experiences are part of a computer simulation. Anyone who has worn a virtual reality headset has felt the sensation of being immersed in a computer simulation.

Technologist are aware of the exponential advances in the speed and capaciousness of computing systems. The number and quality of simulations that can be performed with these systems has been growing rapidly.

Prominent entrepreneur Elon Musk launched the innovative companies Tesla, SpaceX, and Neuralink. Musk believes that the simulation hypothesis should be taken seriously. Apparently, Musk once provocatively asked “What’s outside the simulation?” Would you please help me to find a citation?

Quote Investigator: In April 2019 an interview of Elon Musk conducted by Lex Fridman was uploaded to the YouTube website. Fridman is a teacher and research scientist in artificial intelligence (AI) who works at the Massachusetts Institute of Technology (MIT). The pair discussed a variety of topics including the possibility of artificial general intelligence (AGI). An AGI system would be capable of exploring and mastering all the intellectual tasks that a human can explore and master. The pair also discussed the simulation hypothesis. The following exchange occurred near the end of the interview:[1]YouTube video, Title: Elon Musk: Tesla Autopilot | Artificial Intelligence (AI) Podcast, Uploaded on Apr 12, 2019, Uploaded by Lex Fridman, (Quotation starts at 31 minute 57 seconds of 32 minutes 44 … Continue reading

Lex Fridman: So when, maybe you, or somebody else creates an AGI system, and you get to ask her one question, what would that question be?

Elon Musk: What’s outside the simulation?

In conclusion, Elon Musk did indicate that he (or humanity) might be inside a simulation. He believes that a future advanced AI system might be assigned the topic of determining what is outside the simulation.

Image Notes: Picture of a person riding a bicycle while wearing a virtual reality or augmented reality headset. Picture from the Pexels account at Pixabay.

Dear Quote investigator: Controversial and path-breaking entrepreneur Elon Musk started the rocket company SpaceX because he is passionate about traveling to Mars. He said something like: If mankind does not get off of this mud ball then it will go extinct. Would you please help me to find a citation?

The next big moment will be life becoming multiplanetary, an unprecedented adventure that would dramatically enhance the richness and diversity of our collective consciousness. It would also serve as a hedge against the myriad–and growing–threats to our survival. An asteroid or a supervolcano could certainly destroy us, but we also face risks the dinosaurs never saw: An engineered virus, nuclear war, inadvertent creation of a micro black hole, or some as-yet-unknown technology could spell the end of us. Sooner or later, we must expand life beyond our little blue mud ball–or go extinct.