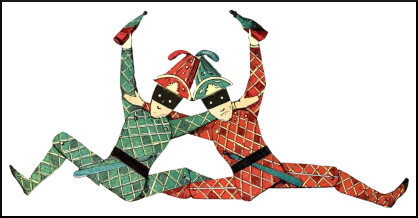 Dear Quote Investigator: The prominent U.S. writer Ernest Hemingway once described a strategy to reduce drunken boasting. The inebriated person should wait until soberness returns and then perform the foolish boastful actions. Thus, one will quickly learn to keep one’s mouth shut. Is this genuine advice from Hemingway? Would you please help me to find a citation?

When Charles Scribner (IV) succeeded his late father as head of the country’s most venerable publishing firm in 1952, Ernest Hemingway, an old friend, wrote him a long personal letter, which concluded with a list of his “rules for life.” Among them, this one which we pass on to our readers without further comment:

“Always do sober what you said you’d do drunk: That will teach you to keep your mouth shut.”

Forbes did not explain how he learned about the content of Hemingway’s letter. Perhaps Scribner recounted the story to Forbes.

Additional strong evidence supporting the authenticity of the remark appeared in a book Scribner authored in 1990. He presented the same tale and a longer version of the quotation with the phrase “do when you were drunk”. Details are given further below.

END_OF_DOCUMENT_TOKEN_TO_BE_REPLACED

Dear Quote Investigator: I am attempting to verify the following quotation because it will appear in a forthcoming book, but I have discovered multiple attributions:

As I searched further I found a similar quotation with additional attributions:

The true measure of an individual is how he treats a person who can do him absolutely no good.

Can you help determine the origin of this saying?

Quote Investigator:  QI agrees that these two expressions and several others can be grouped together because they are semantically closely aligned. Interestingly, members of this set have been employed by (or attributed to) a wide variety of individuals including: Johann Wolfgang von Goethe, Samuel Johnson, Ann Landers, Abigail Van Buren, Malcolm Forbes, Paul Eldridge, James D. Miles, and Dan Reeves.

The earliest close match for this saying that QI has located appeared in the popular newspaper column of Earl Wilson. He credited the well-known magazine publisher Malcolm Forbes in 1972 [EWMF]:

Remembered Quote: “You can easily judge the character of a man by how he treats those who can do nothing for him.”—Malcolm S. Forbes.

A close variant of the saying under investigation was presented in the book and featured prominently in multiple advertisements that appeared in the New Yorker magazine for the collection in 1979 [SCMF] [NYMF]:

“You can easily judge the character of others by how they treat those who can do nothing for them or to them.”

—from The Sayings of Chairman Malcolm

Today a visitor to the Forbes magazine website can search a quotation database maintained by the publisher called “Thoughts on the Business of Life” that contains more than 10,000 entries. The version of the adage in “The Sayings of Chairman Malcolm” is available in the database [TBMF].

The famous advice giving sisters Abigail Van Buren and Ann Landers used versions of this saying in the 1970s. But QI has not yet located any evidence of use before 1974 for either woman. The attachment of the quotation to the notable figures Samuel Johnson and Johann Wolfgang von Goethe appears to be unsupported by current evidence.

QI has also examined a related saying: If you want to know what a man’s like, look at how he treats his inferiors. Click here to read the other article.