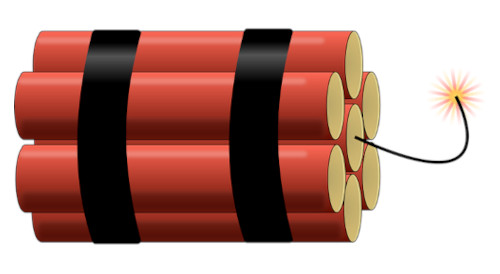 Martha Dickinson Bianchi was Susan’s daughter and Emily’s niece. In 1914 she published “The Single Hound: Poems of a Lifetime”, a posthumous collection of works by Emily Dickinson based on manuscripts held by Martha’s family. Each poem was assigned a number, and the quotation appeared in the four-line item numbered XXVII. Boldface added to excerpts by QI:[1] 1915 (1914 Copyright), The Single Hound: Poems of a Lifetime by Emily Dickinson, Poem: XXVII, Quote Page 29, Little, Brown, and Company, Boston, Massachusetts. (Google Books Full View) link