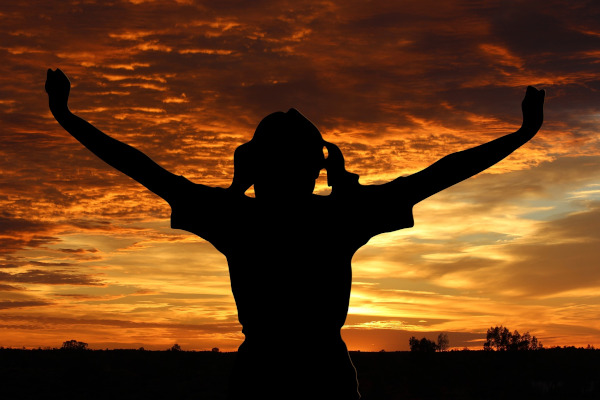 Question for Quote Investigator: If one’s contentment depends upon external forces and events that one cannot control then one should expect continual heartache. Seeking happiness requires changing one’s own dispositions. This notion has been attributed to the famous English lexicographer Samuel Johnson, the noteworthy U.S. lexicographer Noah Webster, and the popular motivational author Orison Swett Marden. Would you please help me to determine the originator together with a citation for the precise phrasing?

Reply from Quote Investigator: In 1750 Samuel Johnson wrote a piece in the London periodical “The Rambler” in which he discussed the philosophy of Stoicism:[1] 1756, The Rambler of Samuel Johnson (Reprinted), Volume 1 of 4, Fourth Edition, Issue Date: April 7, 1750, Quote page 28, Printed for A, Millar, in the Strand, London. (Google Books Full View) link

That man should never suffer his happiness to depend upon external circumstances, is one of the chief precepts of the Stoical philosophy. . .

Johnson discussed a poet who fantasized about traveling to America to attain a life of leisure and retreat. Yet, Johnson believed that the cause of the poet’s unhappiness was internal and achieving contentment required a mental shift. The word “trial” was spelled “tryal”. Boldface added to excepts by QI:[2] 1756, The Rambler of Samuel Johnson (Reprinted), Volume 1 of 4, Fourth Edition, Issue Date: April 7, 1750, Quote page 33, Printed for A, Millar, in the Strand, London. (Google Books Full View) link

He would, upon the tryal, have been soon convinced, that the fountain of content must spring up in the mind; and that he who has so little knowledge of human nature, as to seek happiness by changing any thing but his own dispositions, will waste his life in fruitless efforts, and multiply the griefs which he purposes to remove.

END_OF_DOCUMENT_TOKEN_TO_BE_REPLACED

Quote Investigator: Researcher Anna Berkes of Monticello.org states that the quotation has not been found in any of the writings of Thomas Jefferson, and the ascription is deemed spurious.[1]Website: Thomas Jefferson: Monticello, Article title: Nothing can stop the man with the right mental attitude… (Spurious Quotation), Article author: Anna Berkes, Creation date on website: April … Continue reading

The earliest strong match located by QI occurred in “Forbes” magazine in January 1948 within a section called “Thoughts on the Business of Life”. The statement was credited to W. W. Ziege who was a high-level member of AMORC (Ancient Mystical Order Rosae Crucis). Emphasis added to excerpts by QI:[2] 1948 January 15, Forbes, Thoughts on the Business of Life, Quote Page 42, Column 3, Forbes Inc., New York. (Verified on microfilm)

END_OF_DOCUMENT_TOKEN_TO_BE_REPLACED

Dear Quote Investigator: Many books extolling self-improvement include a didactic passage that begins as follows:

Nothing in the world can take the place of persistence. Talent will not; nothing is more common than unsuccessful men with talent. Genius will not; unrewarded genius is almost a proverb. Education will not; the world is full of educated derelicts.

These words have been credited to U.S. President Calvin Coolidge, but I have not been able to find a good citation. Would you please explore this topic?

Quote Investigator: A closely matching text was attributed to Calvin Coolidge by 1929, but the passage did not originate with the former President. Instead, it evolved over a period of several decades. Interestingly, the original text located by QI emphasized the importance of “purpose” to success and did not mention “persistence”.

In 1881 the Reverend Theodore Thornton Munger of New England published a book of guidance for young people titled “On the Threshold”. The first chapter was called “Purpose”, and the author stated the following, Boldface has been added to excerpts:[1]1881 (Copyright 1880), On the Threshold by Theodore T. Munger (Theodore Thornton Munger), Chapter 1: Purpose, Quote Page 9, Houghton, Mifflin and Company, Boston, Massachusetts. (Google Books Full … Continue reading

A purpose is the eternal condition of success. Nothing will take its place. Talent will not; nothing is more common than unsuccessful men of talent. Genius will not; unrewarded genius is a proverb; the “mute, inglorious Milton” is not a poetic creation. The chance of events, the push of circumstances, will not. The natural unfolding of faculties will not. Education will not; the country is full of unsuccessful educated men; indeed, it is a problem of society what to do with the young men it is turning out of its colleges and professional schools. There is no road to success but through a clear, strong purpose.

A purpose underlies character, culture, position, attainment of whatever sort. Shakespeare says: “Some achieve greatness, and some have greatness thrust upon them;” but the latter is external, and not to be accounted as success.

The boldface text above highlights some of the points of similarity and contrast with the modern text about persistence which has often been attributed to Coolidge.

The phrase “mute, inglorious Milton” was a reference to the popular poem “Elegy Written in a Country Churchyard” by Thomas Gray who was contemplating the graves of the largely-anonymous people who lived and died in the small villages of the English countryside. Gray imagined a person who might have rivalled the power and acclaim of the poet John Milton. Yet, the person was mute and did not achieve glory because chance and circumstance prevented the emergence of his or her greatness. Munger implicitly re-imagined the scenario by suggesting that a clear and strong purpose might have allowed the mute Milton and others to acquire success.

END_OF_DOCUMENT_TOKEN_TO_BE_REPLACED

In 1916 Crane invoked the adage again in his column titled “Plain Talk for Plain People”, but the phrasing he employed was somewhat different. The expression used “most people” instead of “folks” and included the phrase “in this world”: [5] 1916 July 23, Boston Globe, Plain Talk for Plain People by Dr. Frank Crane, Page 44, Column 8, Boston, Massachusetts. (ProQuest)