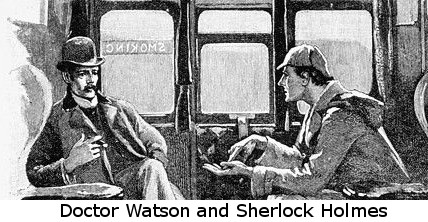 END_OF_DOCUMENT_TOKEN_TO_BE_REPLACED

Dear Quote Investigator: A deeply religious individual once saw a man being led to the gallows and said:

There but for the grace of God, go I.

In modern times, this proverbial phrase is used to express empathetic compassion and a sense of good fortune realized by avoiding hardship. A version has been ascribed to the preacher John Bradford who died in 1555:

There but for the grace of God, goes John Bradford

But the earliest citation I have seen was published in the 1800s. A similar story has been told about others including John Newton and Dwight Moody. Is there earlier support for the existence of this saying?

Quote Investigator: In 1771 a sermon was delivered in Kidderminster, England about a man who had been robbed and murdered. The criminal had been apprehended, tried, and executed. The preacher mentioned John Bradford and presented a somewhat clumsy and lengthy version of the saying. Boldface has been added to excerpts:[1]1771, Murther lamented and improved: Sermon Preached at Kidderminster, June 16, 1771. On Occasion of the Death of Mr. Francis Best, Who was Robbed and Murthered by John Child, on Saturday, June 8, by … Continue reading

…when Mr. Bradford, an eminent martyr, in the bloody reign of Queen Mary, saw a malefactor going to Tyburn, he humbly adored the distinguishing grace of God, ‘to which says he, it is entirely owing, that John Bradford is not in that man’s condition.’

The passage above matched the modern version because it included two key elements. Bradford invoked the grace of God, and he indicated that he might have been substituted for the malefactor, but the phrasing was quite different. This was the earliest match located by QI, and it was published more than two hundred years after the death of Bradford. Of course, future research may antedate this citation.

I have heard, or read, concerning that excellent Dignitary of the Church of England, Mr. John Bradford (who was also burned for adhering to her Doctrines), that, one Day, on seeing a Malefactor pass to Execution, he laid his Hand to his Breast, and lifted his Eyes to Heaven, saying, “Take away the GRACE of God, and there goes John Bradford.”