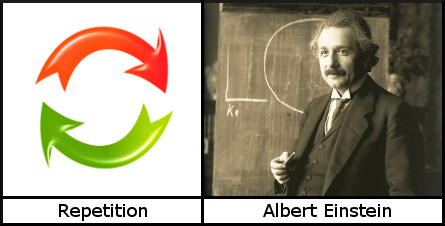 Quote Investigator: There is no substantive evidence that Einstein wrote or spoke the statement above. It is listed within a section called “Misattributed to Einstein” in the comprehensive reference “The Ultimate Quotable Einstein” from Princeton University Press.[1] 2010, The Ultimate Quotable Einstein, Edited by Alice Calaprice, Section: Misattributed to Einstein, Quote Page 474, Princeton University Press, Princeton, New Jersey. (Verified on paper)

The earliest strong match known to QI appeared in October 1981 within a Knoxville, Tennessee newspaper article describing a meeting of Al-Anon, an organization designed to help the families of alcoholics. The journalist described the “Twelve Steps” of Al-Anon which are based on similar steps employed in Alcoholics Anonymous. The newspaper began with these two steps:[2] 1981 October 11, The Knoxville News-Sentinel Al-Anon Helps Family, Friends to Orderly Lives by Betsy Pickle (Living Today Staff Writer), Quote Page F17, Column 2, Knoxville, Tennessee. (GenealogyBank)

Below are additional selected citations in chronological order. END_OF_DOCUMENT_TOKEN_TO_BE_REPLACED