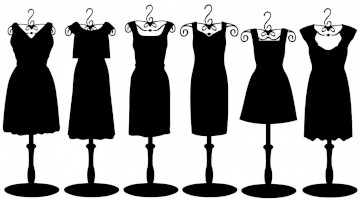 Quote Investigator: George Bernard Shaw’s play “The Doctor’s Dilemma” was first staged in 1906. Shaw published the text of the play combined with a preface in 1911. A section of the preface titled “Fashions and Epidemics” cogently discussed fads in clothing and in medical procedures:[1] 1911, The Doctor’s Dilemma with Preface on Doctors by Bernard Shaw, Fashions and Epidemics, Start Page lxxii, Quote Page lxxii, Brentano’s, New York. (Verified with scans)

In 1949 the “St. Louis Post-Dispatch” reviewed a book titled “The Quintessence of G. B. S.”, and the reviewer reprinted many Shaw quotations from the book including the following:[2]1949 November 20, St. Louis Post-Dispatch, Gems from Shaw’s Wit and Wisdom From “The Quintessence of G. B. S.,” Edited by Stephen Winsten, Quote Page 2B, Column 4, St. Louis, … Continue reading

Fashions, after all, are only induced epidemics, proving that epidemics can be induced by tradesmen.

“Fashion,” said George Bernard Shaw, “is nothing more than an induced epidemic.” If that is so, the carriers of the moment are no longer the basic black ladies of Park Avenue . . .

A fashion is nothing but an induced epidemic. SHAW

The most effective wit casts a sudden and surprising (and usually cynical) light on familiar subjects. Consider the following gem:

In conclusion, George Bernard Shaw should receive credit for the statement he wrote in the preface of “The Doctor’s Dilemma” in 1911. During the ensuing decades a few closely related variant statements were attributed to Shaw.

Image Notes: Illustration of a variety of dresses from Kaz at Pixabay. Image has been cropped and resized.