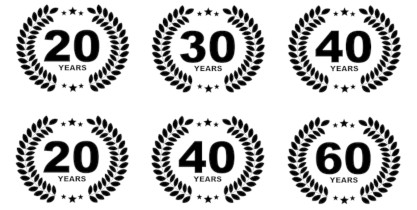 Dear Quote Investigator: One’s sensitivity to the opinions of others often changes as one matures. The following statement has been attributed to statesman Winston Churchill:

I have been unable to find a solid citation. Would you please explore this topic?

QI believes that the saying evolved over time, and famous humorist Will Rogers popularized an intriguing tripartite variant in the 1930s. See further below.

A thematic precursor was written by prominent lexicographer Samuel Johnson in 1751 who noted that most people were preoccupied with their own affairs. Emphasis added to excerpts by QI:[2] 1752, The Rambler, Issue date: 1751 September 24, Number 159, (Essay by Samuel Johnson), Quote Page 6, Printed by Sands, Murray, and Cochran, Edinburgh. (Google Books Full View) link

But the truth is, that no man is much regarded by the rest of the world, except where the interest of others is involved in his fortune. The common employments or pleasures of life, love or opposition, loss or gain, keep almost every mind in perpetual agitation. If any man would consider how little he dwells upon the condition of others, he would learn how little the attention of others is attracted by himself.

In August 1934 “The Minneapolis Star” of Minnesota printed an anonymous three-part saying based on the ages of 20, 30, and 40 instead of 20, 40, and 60. The attitudes expressed in the first two parts were flipped with respect to the target quotation. The attitude specified in the third part matched the target:[3] 1934 August 6, The Minneapolis Star, (Filler item), Quote Page 6, Column 1, Minneapolis, Minnesota. (Newspapers_com)

In 1935 Will Rogers starred in a film titled “Life Begins at 40”. His character, Kenesaw H. Clark, was the publisher and top columnist of a small-town newspaper. During one scene a worker at the paper read a few sentences from a column by Clark/Rogers to a group which exhibited a hearty approval. QI conjectures that the words were penned by Rogers and not the scriptwriters of the film:[4]Film Title: Life Begins at 40, Year: 1935, Director: George Marshall, Book: Walter B. Pitkin, Screenplay: Lamar Trotti, Additional Dialogue: Robert Quillen, Screenplay Construction: William M. … Continue reading

The saying above was very similar to the statement published in 1934, and QI believes Will Rogers was responsible for both. The line from the script may have leaked before the film was completed and exhibited.

In April 1935 “The Corsicana Semi-Weekly Light” of Corsicana, Texas stated that Will Rogers delivered the line during the movie although it was actually spoken by another actor who was reading a newspaper column written by the character played by Rogers.[6] 1935 April 12, The Corsicana Semi-Weekly Light, Life Begins At 40 Coming to Palace, Quote Page 5, Column 2, Corsicana, Texas. (Newspapers_com)

At 20 we don’t care what the world thinks of us: at 40 we worry about what it is thinking of us; and at 60 we discover that it wasn’t thinking of us at all.
— The Wyoming
Rotary Wheel
Wyoming,
Pennsylvania

At age 20, we worry about what others think of us. At 40, we don’t care what they think of us. At 60, we discover they haven’t been thinking about us at all.
— Jock Falkson, quoted in
Frontline (South Africa)

Gem of the Day: At age 20, we worry about what others think of us. At 40, we don’t care what they think of us. At 60, we discover that they haven’t been thinking of us at all.

“In your 20s, you spend a lot of time being self-conscious about what other people think of you. Then you hit your mid-30s and start to realize they weren’t really thinking about you that much.”
— Ewan McGregor, in the June issue of Men’s Health

In conclusion, Will Rogers popularized the statement attributed to him in the 1935 movie. QI believes that he also created it. Over time the statement was replicated and modified. The year sequence was changed from 20, 30, 40 to 20, 40, 60. Also, the viewpoint presented in the first two parts was swapped. These changes generated the modern version. Thus, the modern saying does not have a single author.

A saying with a similar theme was constructed by Olin Miller. QI presented an exploration here: You’ll Worry Less About What People Think of You When You Realize How Seldom They Do.

(Great thanks to Joe McCarthy and Michael J. Gelb whose inquiries led QI to formulate this question and perform this exploration. Thanks also to researchers at Snopes and Politifact who expressed skepticism. Snopes noted that anonymous instances were circulating by 2008.)