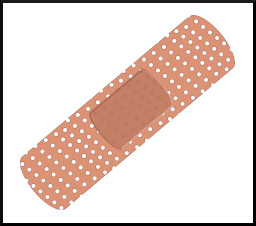 The earliest match located by QI appeared in an Amarillo, Texas newspaper in 1959. A columnist described a meeting of the Parent Teacher Association held at a local Junior High. One of the speakers was named Charles Eads. Boldface added to excerpts by QI:[1] 1959 February 26, Amarillo Globe-Times, Polk Street Professor, Quote Page 30, Column 1, Amarillo, Texas. (Newspapers_com)

“Hurt people hurt people,” said Boyd, noting many of the parents themselves were abused children. Others just did not understand the duties of child care.

MEDITATION FOR TODAY
Help me accept that I am hurting. Help me to be gentle with myself and to reach out.

TODAY I WILL REMEMBER
Part of growth is realizing that hurt people, hurt people. I will apply this to myself.

It’s easier to understand someone else when we walk a mile in their moccasins, as the old saying goes. Here is a fact of life: Hurt people hurt people. If someone is hurting you, he’s acting this way because he is hurting. Hurt people hurt others. What we need to do is look beyond people’s faults and see their needs. Then we can learn to love.

I believe that in cases like this there is a phrase that applies:
HURT PEOPLE HURT PEOPLE.
This mother’s son was hurting inside, and he was striking out, wanting to hurt someone else, which is typical.

People who hurt others are hurting people. Hurt people hurt people. We are not being judgmental by separating ourselves from such people. But we should do so with compassion.

Break the chain today. Meet anger with sympathy, contempt with compassion, cruelty with kindness. Forgive and forget about finding fault.

On August 22, 2013 @yehudaberg directly tweeted the expression under examination:[13]Tweet, From: Yehuda Berg @yehudaberg (Verified twitter user), Time: 1:15 AM, Date: August 22, 2013, Text: If someone hurt you, it is probably because they were once hurt. Hurt people hurt people. … Continue reading

If someone hurt you, it is probably because they were once hurt. Hurt people hurt people.

In conclusion, the earliest citation in 1959 indicates that Charles Eads spoke the saying during a lecture. QI does not know whether he coined it. During subsequent decades the expression was used by many other people including Rick Warren, Will Bowen, and Yehuda Berg.

Image Notes: Illustration of an adhesive bandage from Clker-Free-Vector-Images at Pixabay. Image has been resized and retouched.

(Great thanks to Rick D. S. Marshall, Marcus Engel, Matthew Phelan, and Forrest Wickman whose inquiries led QI to formulate this question and perform this exploration. Marshall pointed to the Yehuda Berg attributions and others. Phelan pointed to the 1992 citation and others.)