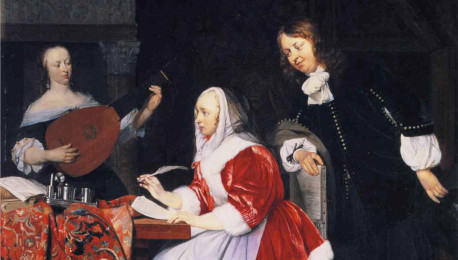 Currently, the earliest match located by QI appeared in a July 1835 essay by Henry Russell Cleveland titled “The Origin and Progress of Music” in “The New-England Magazine”. Heine was not mentioned. Boldface added to excerpts by QI:[1]1835 July, The New-England Magazine, Article: The Origin and Progress of Music: No. 1, Author not listed, (1844 book claims author is Henry Russell Cleveland), Start Page 58, Quote Page 59 and 60, … Continue reading

Heine has said of music: “One should not seek for its expression except through playing or singing,” for music begins where the spoken word ends. Still, we can speak of the music of the new operas recently presented under the direction of Mascagni. We can also speak of the many pages of diversion offered by that music, as we, perhaps, could not do if it had been left alone in its original, free, and natural state.

Naturally my description is not very clear or satisfactory. But there lies the peculiarity of instrumental music; we cannot analyze it. Where words leave off, music begins, as Heine has said.

In 1930 “The Manchester Guardian” of England printed an article discussing a radio broadcast of music from the B.B.C symphony which included a piece by Tchaikovsky:[5]1930 November 26, The Manchester Guardian, Wireless Notes and Programmes: To-day’s Features: Queen’s Hall Concert; Tschaikovsky’s “Fourth”; the Bolero by … Continue reading

This summary of the work and its literary basis should not conclude without the quotation from Heine which the composer himself put at the end of his “programme” — “Where words leave off music begins.”

To use a hackneyed expression, music takes up where words leave off.

“Music begins where words fail,” said the poet Heine, expressing in words that do not fail some of the meaning and the importance of music. But if words fail, the reader may ask, why have we written so many of them about music and musicians?

This, my dear friend, is all I can tell you about the symphony. Of course it is unclear and incomplete, but this is in the nature of instrumental music, which does not lend itself to detailed analysis. As Heine said: “Where words end, there music begins.”

Heinrich Heine, according to Google, has said, “Where words leave off, music begins.” I believe that’s true.

In conclusion, Pyotr Ilyich Tchaikovsky credited Heinrich Heine with this adage in a letter he penned in 1878. Heine died in 1856; hence, this attribution provides only weak evidence. The adage was circulating in English by 1835 while Heine was alive. Earlier citations might exist in English, German, French, or Russian. This article is part of a collection of pieces which present a snapshot of current research, and QI looks forward to future discoveries.

Image Notes: Painting of “A Young Woman Composing Music” by Gabriel Metsu circa 1662-1663. Image has been cropped and resized.