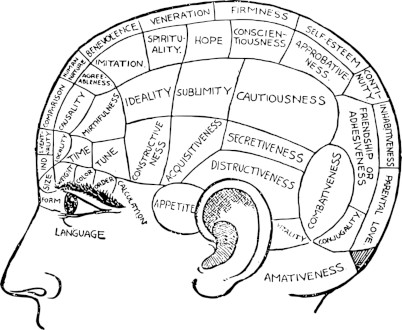 Dear Quote Investigator: One’s attitude toward life has an enormous effect on one’s experiences in life. Here are two statements on this theme:

(1) The greatest discovery of my generation is that human beings can alter their lives by altering their attitudes of mind.

(2) The greatest revolution in my generation was the discovery that human beings by changing their inner attitudes of mind can alter the outer aspects of their lives.

Both of these remarks have been attributed to the prominent U.S. philosopher and psychologist William James, but I have been unable to find any solid citations. Would you please explore this topic?

Quote Investigator: QI has found no substantive evidence that William James wrote or said either of these sentences. QI conjectures that the statements evolved over time from ideas espoused in the New Thought movement and the Positive Thinking philosophy. The words were attributed to James many years after his death in 1910.

These, then, are my last words to you: Be not afraid of life. Believe that life is worth living, and your belief will help create the fact.

A separate article about the quotation immediately above is available here.

The same road and the same world produce different reactions upon different individuals. The great modifier is self. It is therefore more than a platitude to say that the world within modifies and shapes the world without. Anyone who desires to change his environment and outer conditions may do so by changing his inner attitude.

In 1929 U.S. Baptist minister and newspaper columnist Joseph Fort Newton wrote a piece in “The Churchman” that was reprinted in several newspapers. He referred to “inner attitude”, and he used the words “discovery” and “revolutionary”:[3] 1929 September 19, The Morning Call, Emancipation, Quote Page 21, Column 8,Paterson, New Jersey. (Newspapers_com)

The discovery of the power of religion to alter the lot of man by changing his inner attitude is nothing short of revolutionary.

In 1943 Joseph Fort Newton penned a column in which he attributed a statement to William James containing the phrase “inner attitude” and the words “revolution” and “discovery”:[4] 1943 April 26, Hinton Daily News, Everyday Living: Life What We Make It? by Joseph Fort Newton, Quote Page 6, Column 6, Hinton, West Virginia. (Newspapers_com)

William James said that the greatest revolution in his generation was the discovery that our inner attitude alters the aspect, the use, and even the meaning, of the outward conditions of life, for good or ill.

What happens to us we may not be able to control, but what happens in us—how we take hold of a hard lot, what shape we give to it—is within our control.

One of the most important and powerful facts about you is expressed in the following statement by William James, who was one of the wisest men America has produced. William James said, “The greatest discovery of my generation is that human beings can alter their lives by altering their attitudes of mind.” As you think, so shall you be. So flush out all old, tired, worn-out thoughts. Fill your mind with fresh, new creative thoughts of faith, love, and goodness.

The pioneer psychologist, William James, once said, “Human beings can alter their lives by altering their attitudes of mind.”

“William James once said, ‘The greatest discovery of my generation is that human beings can alter their lives by altering their attitudes of mind,’” he said.
“That discovery is worth its weight in gold!”

The greatest discovery of my generation is that human beings can alter their lives by altering their attitudes of mind.
William James

In conclusion, William James probably did not craft either of the statements listed by the questioner. Instead, a family of sayings evolved that were similar to the 1928 remark by Harry Granison Hill. In 1929 an instance was ascribed to William James by Joseph Fort Newton. In 1952 Norman Vincent Peale attributed statement one to James, and in 1954 E. Stanley Jones attributed statement two to James.

Image Notes: Public domain illustration of a brain with old-fashioned labels on regions from OpenClipart-Vectors at Pixabay.

(Great thanks to Tony Rush and Yoel Greenberg whose inquiries led QI to formulate this question and perform this exploration.)