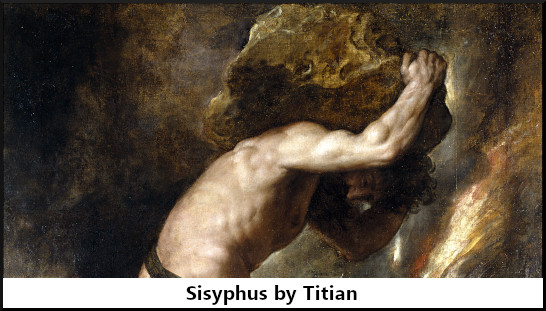 Dear Quote Investigator: A wide variety of sayings have employed the following template:

Different terms have been substituted for X including: war, politics, dialectic, and strategy. In addition, variant templates have occurred:

I am interested in a version used by the postmodern storyteller Donald Barthelme with the word “absurdity”. Would you please help me to find a citation?

Quote Investigator: In 1963 Donald Barthelme published the short story “A Shower of Gold” in “The New Yorker”. The character Mr. Peterson applied to appear on a television show called “Who Am I?”, and he was interviewed by Miss Arbor. Boldface added to excerpts by QI:[1] 1963 November 12, The New Yorker, A Shower of Gold by Donald Barthelme, Start Page 33, Quote Page 33, Column 2, The New Yorker Magazine Inc., New York. (Scans at newyorker.com; accessed July 28, 2021)

“What I want to know now, Mr. Peterson, is this: are you interested in absurdity?”

I was wrong, Peterson thought, the world is absurd. The absurdity is punishing me for not believing in it. I affirm the absurdity. On the other hand, absurdity is itself absurd.

“We may not be interested in this war, but it is interested in us. I’m not trying to sell it to you, but no one can evade the fact that we are in the path of the storm. We dare not be disunited when liberty, the most precious jewel in our national strongbox, is at stake.

A separate QI article about the expression using “war” is available here.

In 1963 Donald Barthelme’s tale containing the quotation appeared in “The New Yorker”.

One can read any number of Barthelme’s lines with a certain low-keyed pleasure. But then silliness stops the eye cold. “‘You’re supposed to be curing a ham.’ ‘The ham died,’ she said.” The Marx Brothers could get a big laugh on this exchange because they would already have given us a dozen other gags in as many minutes. Unhappily one small gag on its own shrivels and dies. “‘You may not be interested in absurdity,’ she said firmly, ‘but absurdity is interested in you.’”

In 1982 the story “A Shower of Gold” appeared in the collection “Sixty Stories” by Barthelme. Thus, the quotation continued to circulate.[6] 1982, Sixty Stories by Donald Barthelme, Short Story: A Shower of Gold, Start Page 14, Quote Page 15 and 22, E. P. Dutton, New York (Verified with scans)

In conclusion, Donald Barthelme should receive credit for employing this quotation.

Image Notes: Public domain image of a painting of Sisyphus by Titian circa 1548-49. Image has been cropped and resized.

(Great thanks to quotation expert Fred Shapiro who in 2018 asked the members of a mailing list to suggest memorable quotations from short stories. QI submitted this line from Barthelme’s story.)