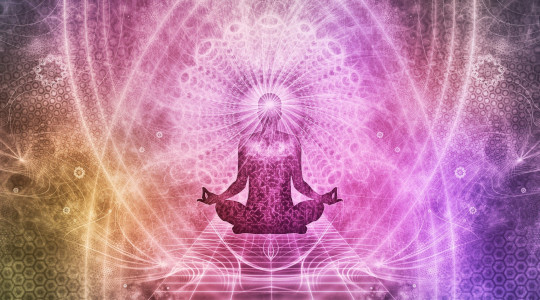 Dear Quote Investigator: A visitor once met with a revered leader and asked for guidance:

“Do you have a message for the people?”
“My life is my message.”

This reply has been attributed to Mahatma Gandhi, but I haven’t been able to find a precise citation. Would you please help?

Quote Investigator: This statement has been employed by multiple spiritual figures. The earliest match for Gandhi located by QI appeared in a 1942 book published by the Methodist Church titled “I Join the Church: A Church Membership Manual for Adults” by Karl Quimby. The name Gandhi was spelled as “Ghandi”. Boldface added to excepts by QI: 1

Recently a church leader spent a day with Ghandi. As he was about to leave he asked Mr. Ghandi for a message to the American people. Mr. Ghandi replied, “Why should I send any message? My life is my message.” So it is with us—our lives become our message, and may it be extraordinary—above the average!

Citations indicate that Gandhi employed this response more than once. See the details given further below.

A few decades before the remark was linked to Gandhi it appeared in a book about Charles E. Garst who was a Christian missionary in Japan. Garst died in 1898, and the 1913 biography “A West-Pointer in the Land of the Mikado” described the remarks he made near the end of his life: 2

“Tell the children I have loved them so, and I am sorry I cannot perform a father’s duty to them; but they must obey you and do what is right before God; that they must trust in the Lord and do good.” Later, when asked if he had further messages, he said, “My life is my message.”

A semantic precursor appeared in chapter 1 of the Gospel of John within the Bible: 3

The Word became flesh and made his dwelling among us.

In 1897 Pennsylvanian politician Louis Arthur Watres spoke during a ceremony laying the corner stone of a chapel. Watres presented a tale about a friend who had died, and he employed a third-person version of the saying under examination: 4

He related that when he returned to Scranton with his friend’s body, a loved one asked: “Did he send any message to me before he died?” A thought flashed through the speaker’s mind at the time and he answered: “Yes; his life was his message.” It was a valuable message not only to those near to him, but to others who knew and respected him.

In 1898 missionary Charles E. Garst died, and according to a 1913 biography he employed the saying as he approached death: 5

Later, when asked if he had further messages, he said, “My life is my message.”

Jerome D. Davis, a missionary to Japan who died in 1910, also employed the expression according to a 1916 biography written by his son. The book titled “Davis: Soldier, Missionary” described the Davis’s final days: 6

When asked if he had a message for his children and friends in Japan, he replied, “I have no other message than my life; my life is my message to my children.”

In 1917 the periodical “Light and Life” of Boston, Massachusetts published a review of the Davis biography and highlighted the remark; thus, the expression achieved additional circulation: 7

When about to depart he was asked if he had a message for his children and friends in Japan and his reply was, “I have no other message than my life, my life is my message to my children.” And what a priceless legacy this was whoever reads this record of his life will appreciate.

In 1919 Archibald McLean’s book “The History of the Foreign Christian Missionary Society” ascribed the remark to Garst: 8

One Japanese statesman said that Charles Elias Garst was America’s greatest gift to Japan. Mr. Garst was honored while living and lamented when dead. Among his last words were these, “My life is my message.” Few messages were more eloquent.

In 1942 Karl Quimby printed an anecdote which credited Gandhi with the saying as mentioned near the beginning of this article: 9

Recently a church leader spent a day with Ghandi. As he was about to leave he asked Mr. Ghandi for a message to the American people. Mr. Ghandi replied, “Why should I send any message? My life is my message.”

In 1945 journalist Deton J. Brooks of “The Chicago Defender” visited with Gandhi in India and interviewed him. Gandhi was observing a day of silence, and he jotted his replies down on paper: 10

In answer to my query to Gandhi, “Is there any special message you would care to send to the Negro people of America,” he scrawled on a note pad:

“My life is its own message. If it is not, then nothing I can now write will fulfill the purpose.”

In 1947 Harold Ehrensperger addressed a convocation at Denison University in Ohio. Ehrensperger was the editor of the Methodist student magazine “Motive”. He later became a professor at Boston University: 11

Recently returned from a trip around the world, Ehrensperger stressed the need for changing the thinking from war talk to plans for world peace and appealed to the students as the ones who could and must bring about the new emphasis.

In an interview with Gandhi, the editor asked for a message that he could carry to the college students of America, to which the Hindu philosopher replied, “My life is my message.” In closing, he applied the same thought to the students in rephrasing it as “Your life, too, must be your message.”

In 1954 Harold Ehrensperger published a novel titled “Change of Heart”. The work included a scene with Gandhi: 12

In 1990 “Sunbeams: A Book of Quotations” edited by Sy Safransky included the following entry: 13

My life is my message.
—Mahatma Gandhi

Image Notes: Illustration of a meditating person from Activedia at Pixabay. Image has been cropped and resized.

(Great thanks to Heather Bech whose inquiry led QI to formulate this question and perform this exploration.)