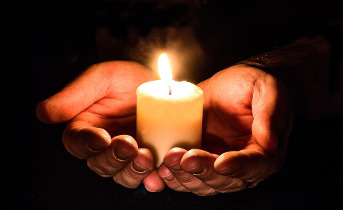 Dear Quote Investigator: In 2019 acclaimed author Jonathan Franzen wrote an essay in “The New Yorker” that began with the following remark of despair attributed to the influential Prague-born writer Franz Kafka.

There is infinite hope; only not for us.

Here are two longer versions I have seen:

“We are,” he said, “nihilistic thoughts, suicidal thoughts that rise up in God’s head”. This reminded me of the worldview of the Gnostics: God is an evil demiurge; the world reflects his fall into sin. “Oh no,” he said, “our world is just a bad mood of God, a bad day.” — “So outside of this world manifestation, which we know, would there be a world that knows hope?” — He smiled: “Oh, hope enough, infinite hope, — just not for us.”

The correctness of this quotation is dependent upon the veracity of Max Brod. In addition, the precise phrasing in English varies because of the inherent imprecision of translations.

Max Brod first published a biography of Kafka in 1937. New editions appeared as the text was revised and translated. The following dialog is from the 1954 German edition. Brod stated that his conversation with Kafka occurred on February 28, 1920. Interestingly, this dialog differed somewhat from the version published in 1921:[2] 1954, Franz Kafka: Eine Biographie by Max Brod, Quote Page 94 and 95, S. Fischer Verlag, Berlin, Germany. (Verified with scans)

Brod’s Kafka biography was translated into English and published in 1960. The key dialog was rendered as follows:[3]1960, Franz Kafka: A Biography by Max Brod, Translated from the German by G. Humphreys Roberts (chapter I to VII) and by Richard Winston (chapter VIII), Second edition, Chapter 2: The University, … Continue reading

“No,” said Kafka, “I believe we are not such a radical relapse of God’s, only one of his bad moods. He had a bad day.” “So there would be hope outside our world?” He smiled, “Plenty of hope—for God—no end of hope—only not for us.”

God (Gott) was directly mentioned within this version of the last sentence about hope ascribed to Kafka by Brod. Once again, the correctness is dependent upon the veracity of Max Brod. Also, the phrasing varies in different translations.

In 1948 art historian and literary critic Josef Paul Hodin published a piece about Franz Kafka in the London journal “Horizon”. Hodin presented the following version of Kafka’s response:[4]1959, The Dilemma of Being Modern: Essays On Art and Literature by J. P. Hodin, (Josef Paul Hodin), Part One: The Voice of Pioneers, Chapter 1: Franz Kafka – Reflections on the Problem of … Continue reading

In Kafka’s case it is the interpenetration in reality of a human world and a divine one which is hostile to him. To the question whether there is any hope outside this world, since life in this world seems to be without hope, Kafka answers: ‘Plenty of hope—for God—an infinite amount of hope—only it is not for us.’ That is the basic note of his whole work.

Kafka refuted any such interpretation in a remark he is said to have made to Brod himself: ‘We are nihilistic figments, all of us; suicidal notions forming in God’s mind.’ Kafka rejected, too, the gnostic concept of God as an evil demiurge: ‘The world is a cruel whim of God, an evil day’s work.’ When Brod attempted to give this an optimistic slant, Kafka shrugged off the attempt ironically: ‘Oh, hope enough, hope without end—but not, alas, for us.’

Max Brod, responding to Kafka’s now-famous remark—“We are nihilistic thoughts that came into God’s head”—explained to his friend the Gnostic notion that the Demiurge had made this world both sinful and evil. “No,” Kafka replied, “I believe we are not such a radical relapse of God’s, only one of His bad moods. He had a bad day.” Playing straight man, the faithful Brod asked if this meant there was hope outside our cosmos. Kafka smiled, and charmingly said: “Plenty of hope—for God—no end of hope—only not for us.”

[There is] plenty of hope, an infinite amount of hope—but not for us.
Conversation with Max Brod, quoted in Franz Kafka, Walter Benjamin, 1934

“There is infinite hope,” Kafka tells us, “only not for us.” This is a fittingly mystical epigram from a writer whose characters strive for ostensibly reachable goals and, tragically or amusingly, never manage to get any closer to them. But it seems to me, in our rapidly darkening world, that the converse of Kafka’s quip is equally true: There is no hope, except for us.

In conclusion, QI believes that the November 1921 German text is salient because it was published less than two years after the February 1920 conversation. The German version in the Brod’s biography of Kafka is also important. The fidelity of the either instance is dependent on the memory and veracity of Max Brod. The English language translations are unavoidably imprecise.

Image Notes: Public domain picture of a candle cradled in two hands representing hope from Myriams-Fotos at Pixabay. Image has been cropped and resized.

(Great thanks to Sandra Ikuta whose inquiry led QI to formulate this question and perform this exploration. Ikuta saw the article by Jonathan Franzen.)