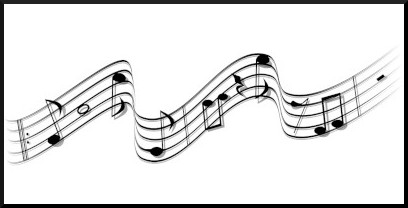 Dear Quote Investigator: U.S. pianist and composer George Gershwin is known for works such as “Rhapsody in Blue” and “I Got Rhythm”. He believed that music should embody the thoughts and aspirations of a people and a time. He said his people were Americans and his time was now. Would you please help me to find a citation?

I do not know what the next decade will disclose in music. No composer knows. But to be true music it must repeat the thoughts and aspirations of the people and the time. My people are Americans. My time is to-day.

Of to-morrow, and of my to-morrow, as an interpreter of American life in music, I am sure of but one thing: That the essence of future music will hold enough of the melody and harmony of to-day to reveal its origin. It will be sure to have a tincture of the derided yesterday, which has been accepted to-day, and which perhaps to-morrow will be exalted—jazz.

No composer knows what the next decade in music will disclose, but to be true music and lasting it must repeat the thoughts and aspirations of the people and the times. My people are Americans. My time is today.

George Gershwin expressed his credo in these words: “My people are American, my time is today. Music must repeat the thought and aspirations of the times.”

Six years after his death, his exciting songs are played more frequently than they were during his lifetime.

In 1944 Bennett Cerf reprinted the above version of the quotation in his popular book “Try and Stop Me”.[4] 1944, Try and Stop Me by Bennett Cerf, Quote Page 217, Simon & Schuster, New York. (Verified with hardcopy)

It was his aim, as he put it, “to reflect the thoughts and aspirations of the people and the time.” He never defined either the thoughts or the aspirations, but he did add a typically Gershwinesque statement: “My people are American. My time is today.”

Edward Jablonski and Lawrence D. Stewart published “The Gershwin Years” in 1958, and the second edition was released in 1973. The following epigraph appeared at the beginning of the book:[6]1973, The Gershwin Years by Edward Jablonski and Lawrence D. Stewart, Second edition, (Epigraph of book after title page), Quotation on Unnumbered Page, (First edition released in 1958), Doubleday … Continue reading

… true music … must repeat the thought and aspirations of the people and the time. My people are Americans. My time is today. …
George Gershwin, 1926

True music … must repeat the thought and inspirations of the people and the time. My people are Americans. My time is today.
From Edward Jablonski and Lawrence D. Stewart, The Gershwin Years [1926]

In conclusion, George Gershwin deserves credit for the comments he wrote in “Theatre Magazine” in 1927. During the ensuing years the phrasing and wording evolved.

(Great thanks to Kevin Woodruff whose inquiry led QI to formulate this question and perform this exploration. Special thanks to librarian Peter Armenti of the Library of Congress who accessed and verified the crucial 1927 citation. Thanks to discussants Jeff Graf and S. M. Colowick of the Wombats mailing list. Also, thanks to twitter discussants Jo Hedwig Teeuwisse, DissBugBear and FunkerHornsby1.)