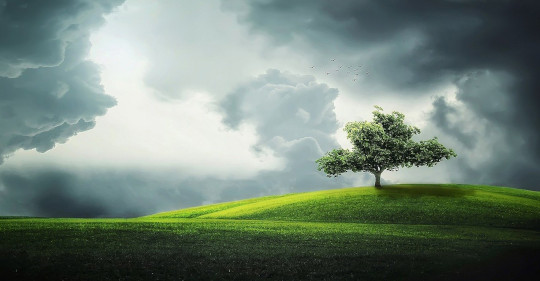 Dear Quote Investigator: Two famous humorists, Mark Twain and Will Rogers, have each received credit for a statement about the variability of weather. Here are four instances:

(2) If you don’t like the weather in New England, just wait a few minutes.

(3) If you don’t like the Kansas weather today just wait a day and probably tomorrow will suit.

(4) If you don’t like the present brand of Nebraska weather just wait fifteen minutes and there will be a different kind of weather.

Did either Twain or Rogers really employ this expression? Would you please explore this topic?

Quote Investigator: The earliest match located by QI appeared in “Field and Stream” magazine in January 1909 within an article by James A. Cruikshank who indicated that the saying was circulating in Chicago, Illinois with an anonymous attribution. Boldface added to excerpts by QI:[1]1909 January, Field and Stream, Volume 13, Number 9, Where To Go Hunting, Fishing & Resorts of The United States & Canada by Jas. A. Cruikshank, Start Page 794, Quote Page 794, Column 2, … Continue reading

In Chicago—where they have a saying “If you do not like our weather, wait a minute”—it seems to a good many of us that, after waiting several weeks of winter, we like the latest weather less than the earlier.

Researchers have been unable to find this saying in the writings and speeches of Mark Twain. He died in 1910, and the earliest known attribution to him appeared a decade later in 1920. Will Rogers died in 1935, and the saying was ascribed to him in 1940. Based on current evidence, the originator of this remark remains anonymous.

Mark Twain did comment about the volatility of New England weather. For example, during a dinner speech he delivered in New York in 1876 he said the following:[2]1976, Mark Twain Speaking, Edited by Paul Fatout, Speech: The Oldest Inhabitant—The Weather of New England, Occasion: Seventy-first Annual Dinner of New England Society of New York, Location: … Continue reading

There is a sumptuous variety about the New England weather that compels the stranger’s admiration—and regret. The weather is always doing something there; always attending strictly to business; always getting up new designs and trying them on the people to see how they will go. But it gets through more business in spring than in any other season. In the spring I have counted one hundred and thirty-six different kinds of weather inside of four and twenty hours. . . .

Yes, one of the brightest gems in the New England weather is the dazzling uncertainty of it. There is only one thing certain about it, you are certain there is going to be plenty of weather—a perfect grand review; but you never can tell which end of the procession is going to move first.

Twain’s 1876 speech did not include the saying under examination, but familiarity with this theme may have facilitated the construction of the quotation by someone else and its eventual misattribution.

In 1909 the anonymous saying appeared in “Field and Stream” magazine as mentioned previously.

Since they have to accommodate from seventy to eighty cyclones in fifty-two weeks they have very little time to brood over any one variety of weather. With the optimism of that section of the country they say, “If you don’t like our weather, wait a minute.”

“Verily, if you don’t like the weather, just wait a minute.” We have had all kinds during the past week, the first snow fell Sunday. Since then, we have had a very good sample of what is yet to come.

If you don’t like the Kansas weather today just wait a day and probably tomorrow will suit.

In 1920 a newspaper in Randolph, Vermont ascribed the saying to Mark Twain. This was the earliest linkage to Twain found by QI:[6] 1920 December 2, Herald and News, Randolph by Roy L. Johnson (Local Editor), Quote Page 1, Column 4, Randolph, Vermont. (Newspapers_com)

The weather for the past several days recalls to mind Mark Twain’s famous quip, “If you don’t like New England weather, wait a minute.” It would require the services of a bookkeeper to keep an account of the weather man’s recent activities. First it snowed and then it rained, and for variety it tried to do both at the same time, with an occasional clear spell.

O well, there’s only about a month of Winter left. As Mark Twain said, “If you don’t like New England weather, wait a few minutes.”

In 1925 the “Salem Standard” of Nebraska printed another version of the saying:[8] 1925 May 28, Salem Standard, (Combined with newspaper Verdon Visitor as Visitor-Standard), Decided Change in Weather, Quote Page 1, Column 3, Salem, Nebraska. (Newspapers_com)

As some one has so aptly put it: “If you don’t like the present brand of Nebraska weather just wait fifteen minutes and there will be a different kind of weather.”

A new “snappy comeback” is being offered by Clevelanders to visitors who have complained of erratic weather conditions in the vicinity during the past winter. It Is: “If you don’t like the Cleveland weather, wait a minute.”

It is a well said that if you don’t like our Oklahoma weather, just wait a couple of hours and we’ll have it changed. We’ve got every kind of weather there is.

Was it Mark Twain who said, “If you don’t like the Michigan weather, wait five minutes?” One minute we are trying to cool off in the water, and the next rushing to the wardrobe to get out a heavy something or other that we thought had been put away for the summer.

Well, as Mark Twain said, “If you don’t like our weather just wait a minute!”

In 1940 a Nebraska newspaper credited Will Rogers with an instance based on the weather in Washington, D.C. This was the earliest linkage to Rogers found by QI:[13] 1940 March 14, The Lyman Leader, Town Talk: Variety, Quote Page 1, Column 1, Lyman, Nebraska. (Newspapers_com)

Wednesday’s two-minute blizzards, windy spells, rainy spells, clear spells, and cloudy spells reminded us of Will Rogers’ quip about Washington D. C.’s weather “If you don’t like the weather, just wait a minute.”

After long and prayerful study of the air currents, and vagrant winds, he no longer even so much as grins at the following wheeze: “If you don’t like this Oklahoma weather, just wait ten minutes.”

In 1944 quotation collector Bennett Cerf published “Try and Stop Me” in which he credited Twain:[16] 1944, Try and Stop Me by Bennett Cerf, Chapter 9: The Good Old Days, Quote Page 242, Simon & Schuster, New York. (Verified with hardcopy)

Twain did say, “If you don’t like the weather in New England, just wait a few minutes.”

If you don’t like the weather in New England, just wait a few minutes.
—Ring Lardner

In conclusion, QI believes that the originator of this saying remains anonymous. The evidence supporting the ascription to Mark Twain is weak because the saying has not been found in his writings or speeches, Also, the earliest attribution to him was posthumous. The evidence supporting the ascription to Will Rogers is similarly weak.

Image Notes: Public domain illustration of a tree on a hill with clouds depicting changing weather. Image from Bessi at Pixabay.

(Great thanks to Rafael Chaiken whose inquiry led QI to formulate this question and perform this exploration. Special thanks to previous researchers including Nigel Rees, Barry Popik, and Fred R. Shapiro. Thanks also to the commenters at english.stackexchange.com.)