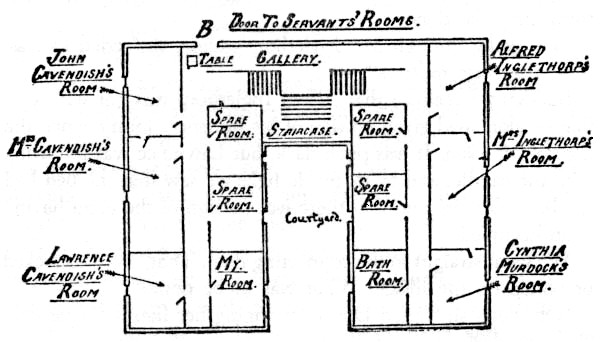 Dear Quote Investigator: Creativity and inventiveness are wonderful attributes, but an overly imaginative person is prone to self-deception. Here is a cogent adage:

Imagination is a good servant, but a bad master.

This saying as been attributed to the famous English mystery author Agatha Christie. Would you please explore this topic?

Quote Investigator: Agatha Christie published “The Mysterious Affair at Styles” in 1920. The main character, detective Hercule Poirot, used the expression while conversing with a friend who had made an incorrect deduction. Boldface added to excerpts by QI:[1]1920, The Mysterious Affair at Styles: A Detective Story by Agatha Christie, Chapter 5: “It Isn’t Strychnine, Is It?” Quote Page 116, John Lane, The Bodley Head, London. (Google Books Full … Continue reading

“I must confess that the conclusions I drew from those few scribbled words were quite erroneous.”

“You gave too much rein to your imagination. Imagination is a good servant, and a bad master. The simplest explanation is always the most likely.”

Interestingly, Agatha Christie did not craft this adage. It has been circulating for a few hundred years.

END_OF_DOCUMENT_TOKEN_TO_BE_REPLACED

I have never seen a precise citation which makes me suspicious. What do you think?

A young American having broken an appointment with Dr Franklin, came to him the following day, and made a very handsome apology for his absence: He was proceeding, when the doctor stopped him with, “My good boy, say no more, you have said too much already; for the man who is good at making an excuse, is seldom good at any thing else.
Anecdotes of D. F.

Lind: I assure you I did not mean——

Baron. Make no excuse—a man who is good at making excuses is seldom good at any thing else. Here come the guards—get away—get away.

QI is unable to judge the reliability of the anecdote. Whether the opera influenced the composition of the anecdote or vice versa also remains unclear. Perhaps future researchers will identify earlier citations.

END_OF_DOCUMENT_TOKEN_TO_BE_REPLACED

Dear Quote Investigator: I recall seeing a lecture by the famed investor Warren Buffett during which he cautioned his audience to avoid falling into self-destructive behavior patterns. He used this eloquent analysis:

The chains of habit are too light to be felt until they are too heavy to be broken.

While searching for a source I found some other versions of the statement. Here are two that are credited to the brilliant dictionary-maker Samuel Johnson:

The diminutive chains of habit are seldom heavy enough to be felt until they are too strong to be broken.

I was unable to find a precise citation to Dr. Johnson’s works. Could you examine this adage?

Quote Investigator: Investor Warren Buffett did use this phrase more than once during speeches, but he did not claim credit for originating the saying. Detailed citations are given further below.

The expression has a long history, and the famous lexicographer and man of letters Samuel Johnson did write a prolix passage that was transformed and simplified in an evolutionary process that ultimately produced the concise modern aphorism used by Buffett.

In 1748 Johnson published an allegorical fable about the path to the Temple of Happiness titled “The Vision of Theodore”. The story warned readers using a symbolic figure named Habit who would bind the unwary in chains. A bound individual would be taken to a grim destination called the caverns of Despair. The following excerpt displayed a conceptual match to the modern saying. In addition, Johnson used the phrase “too strong to be broken” which was retained in some modern instances. Boldface has been added below:[1]1748 April, The Gentleman’s Magazine, Volume 18, “The Vision of Theodore, The Hermit of Teneriffe, Found in His Cell” (by Samuel Johnson), Start Page 159, Quote Page 160, Printed by … Continue reading

It was the peculiar artifice of Habit not to suffer her power to be felt at first. Those whom she led, she had the address of appearing only to attend, but was continually doubling her chains upon her companions; which were so slender in themselves, and so silently fastened, that while the attention was engaged by other objects, they were not easily perceived. Each link grew tighter as it had been longer worn, and when, by continual additions, they became so heavy as to be felt, they were very frequently too strong to be broken.

In the early 1800s an influential Irish writer named Maria Edgeworth crafted a compact version of the sentiment expressed by Samuel Johnson. Her book “Moral Tales for Young People” (second edition 1806) included a story called “Forester”, and in one scene the title character picked up a pair of scissors and twirled them on his finger absentmindedly. The character believed that this habit was undesirable:[2] 1806, Moral Tales For Young People by Miss Edgeworth (Maria Edgeworth), Volume 1, Second Edition, Forester, Quote Page 86, Printed for J. Johnson, London. (Google Books full view) link

He was rather ashamed to perceive that he had not yet cured himself of such a silly habit. “I thought the lesson I got at the brewery,” said he, “would have cured me for ever of this foolish trick; but the diminutive chains of habit, as somebody says, are scarcely ever heavy enough to be felt, till they are too strong to be broken.“

Maria Edgeworth placed a footnote asterisk after the phrase “chains of habit”, and in the footnote she referenced “Dr. Johnson’s Vision of Theodore.” Edgeworth’s concise summary statement was clearly derived from Johnson’s story, but her expression was distinctive and did not appear directly in the fable’s text. Her forthright acknowledgement of Johnson probably facilitated some later confusion.