Dear Quote Investigator: Business leaders in technology-based companies are often asked for ten year predictions of change. Apparently, Jeff Bezos, CEO of Amazon, once responded by spinning the inquiry. He said there was a more important question:

What’s not going to change in the next 10 years?

He argued that the answer was crucial because a company foundation must be built upon things that do not change. Would you please explore this topic?

Quote Investigator: In October 2007 “Harvard Business Review” published an interview with Jeff Bezos. He stated that expanding into new areas was vital, but a nascent enterprise required five to seven years of nurturing before it could make a meaningful contribution to company economics. He was asked how he maintained confidence that such an investment would pay off:[1]2007 October, Harvard Business Review (HBR), Article: The Institutional Yes, (Interview of Jeff Bezos conducted by HBR editors Julia Kirby and Thomas A. Stewart; interview was published in the … Continue reading

At Amazon we’re always trying to figure that out, because you can really spin up flywheels around those things. All the energy you invest in them today will still be paying you dividends ten years from now. Whereas if you base your strategy first and foremost on more transitory things—who your competitors are, what kind of technologies are available, and so on—those things are going to change so rapidly that you’re going to have to change your strategy very rapidly, too.

END_OF_DOCUMENT_TOKEN_TO_BE_REPLACED

Dear Quote Investigator: Seeking vengeance can backfire on an individual and lead to additional pain and suffering. The founding CEO of Amazon, Jeff Bezos, referenced a powerful cautionary proverb about revenge during an interview in 2016 although he expressed uncertainty about its origin:[1]YouTube video, Title: Jeff Bezos vs. Peter Thiel and Donald Trump | Jeff Bezos, CEO Amazon | Code Conference 2016, Uploaded on May 31, 2016, Uploaded by Recode, (Quotation starts at 24 minute 13 … Continue reading

It’s attributed to Confucius. Who knows if it’s really Confucius or not, but: “Seek revenge and you should dig two graves, one for yourself”.

Quote Investigator: Researchers have been unable to find this statement in the writings of Confucius. The earliest partial match known to QI appeared in an 1876 history book about Japan called “The Mikado’s Empire” by William Elliot Griffis who presented a list of Japanese proverbs which included the following. The statement in the second line provided an interpretation of the proverb. Emphasis added to excerpts by QI:[2]1876, The Mikado’s Empire, Book I: History of Japan From 660 B.C. to 1872 A.D., Book II: Personal Experiences, Observations, and Studies in Japan: 1870-1874 by William Elliot Griffis (Late of … Continue reading

If you call down a curse on any one, look out for two graves.
(“Curses, like young chickens, always come home to roost.”)

This precursor statement did not mention the motivation of revenge. Yet, this saying evolved over time, and by 1915 the word “revenge” appeared instead of “curse”. See further below.

END_OF_DOCUMENT_TOKEN_TO_BE_REPLACED 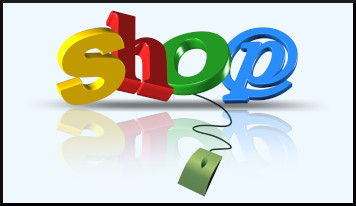 Dear Quote Investigator: Business leaders often boast about the profit margins of their corporations, and some stock analysts praise companies which maximize that metric. Yet, a self-satisfied attitude attracts dangerous competitors. Jeff Bezos, the entrepreneurial founder of the Amazon juggernaut, has received credit for this trenchant remark:

Your margin is my opportunity.

Is this quotation authentic? Would you please help me to find a citation?

A favorite Bezos aphorism is “Your margin is my opportunity.” In fact, whereas Apple has long prided itself for premium prices—with the operating margins to show for it: 31% in 2011, vs. 2% for Amazon—Amazon sells at the bare minimum needed to break even, on the assumption it will make money elsewhere.

The quotation may have come from an interview of Bezos conducted by Lashinsky although the phrase “your margin” does not quite fit when addressing a journalist. Some other quotations in the article appear to have been gathered during an interview.