Dear Quote Investigator: Any organization that aspires to multi-generational longevity must not become enmeshed in evanescent enthusiasms and fashions. Long-term steadiness and perspective are required. Here are two pertinent sayings:

This notion has been credited to two prominent religious figures: William Ralph Inge who was Dean of St Paul’s Cathedral in London and U.S. Catholic Archbishop Fulton J. Sheen who was a popular broadcaster. Would you please explore this topic?

Quote Investigator: William Ralph Inge known as Dean Inge or “The Gloomy Dean” delivered a series of lectures at Sion College in 1911 titled “Co-operation of the Church with the Spirit of the Age”. He cautioned that the church must not be caught up in transient worldly affairs:[1] 1911 December 14, The Wells Journal, Christian Ministers and Politics, Quote Page 6, Column 2, County: Somerset, England. (British Newspaper Archive)

. . . the Church must not be identified with any particular institution or denomination, or any tendencies which seemed to be dominant in our generation. The Church was a Divine idea which required tens of thousands of years to reach its full development. They must not secularise its message and endeavour to reach men’s souls through their stomachs.

For several decades Dean Inge kept a diary, and in 1911 he wrote a contemporaneous entry about the lecture series. Emphasis added to excerpts by QI:[2]1949 December 3, The Manchester Guardian, The Diary of a Dean by the Very Rev. W. R. Inge, (Extracts from “The Diary of a Dean” which is to be published by Messrs. Hutchinson on December … Continue reading

I was moved to tell them that there are many spirits of the age, most of them evil; that we were not agreed what the Church means; and that it is not certain that religious bodies ought to co-operate with secular movements at all. Also, if you marry the Spirit of your own generation you will be a widow in the next.

This diary entry serves as evidence that Inge originated the saying under analysis; however, the entry only appeared publicly many years after its 1911 composition in the 1949 book “The Diary of a Dean”. The text above is from “The Manchester Guardian” which printed extracts from the book shortly before its publication.

Inge’s lecture series was discussed and quoted in 1911, but QI has not yet found a close match for the saying in periodicals of that period.

END_OF_DOCUMENT_TOKEN_TO_BE_REPLACED 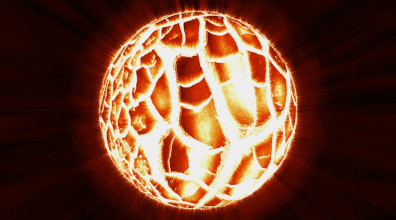 In 1929 Hemingway published a novel set during World War I titled “A Farewell to Arms”, and he discussed the universality of human pain and resilience. Emphasis added to excerpts by QI:[3] 1929, A Farewell to Arms by Ernest Hemingway, Chapter 34, Quote Page 267, Charles Scribner’s Sons, New York. (archive.org Internet Archive) link