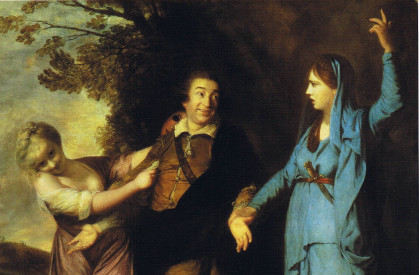 Quote Investigator: The earliest semantic match to the full statement located by QI appeared in an 1834 biography of the prominent actress Sarah Siddons titled “Life of Mrs. Siddons” by Thomas Campbell. Siddons knew many fellow actors including David Garrick and John Bannister, and the book recounted a conversation between those two. Bannister had achieved success playing roles in tragedies, and he was contemplating broadening his repertoire to include comic characters. In the following passage the phrase “English Roscius” referred to Garrick who tried to dissuade Bannister. Boldface added to excerpts by QI:[1] 1834, Life of Mrs. Siddons by Thomas Campbell, Volume 2, Chapter 4, (Footnote), Quote Page 113, Effingham Wilson, Royal Exchange, London. (Google Books Full View) link