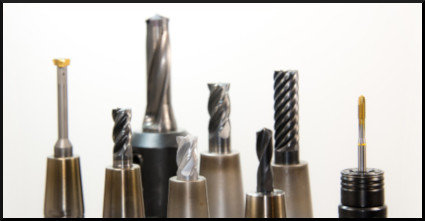 Dear Quote Investigator: Companies sell products to solve the problems that their customers encounter. An emphasis on existing products and incremental changes causes an organization to ignore or misunderstand customer motivations. Here is one version of a popular business adage:

The message is cautionary. If a company obsessively focuses on selling drill bits and their customers start to cut holes with waterjets or lasers, then the company is in deep trouble.

Quote Investigator: A thematic precursor that did not mention drills appeared in a Reno, Nevada newspaper in 1923 within an advertisement for plumbing. Several products were mentioned together with the implicit goals of customers:[1]1923 August 18, Reno Evening Gazette, (Advertisement title: There is no Substitute! Advertisement for: Reno Master Plumbers Association), Quote Page 8, Column 6, Reno, Nevada. (“razor” … Continue reading

Hardware stores report that over one million men bought one-quarter inch drills in one year. Not one of those million men wanted the drills. They wanted quarter inch holes in metal or wood.

The advertisement was run by agent by C. C. Wagner of the Provident Mutual Life Insurance Company of Philadelphia. Yet, QI conjectures that the drill adage was already in circulation.

We don’t want to sell you Life Insurance . . we want you to know and have what life insurance will do. A 1/4 million drills were sold last year, no one wants a drill. What they want is the hole.

Your Own Local Life Insurance Company has only the sincere desire to furnish food, clothing and shelter to your loved ones if you die too soon . . .

In 1947 Percy H. Whiting published “The Five Great Rules of Selling”. He worked for the Dale Carnegie Institute which provided training for public speakers, and he helped to popularize the adage, yet he credited Leo McGivena who was the publicity manager of “The Daily News”, a large New York newspaper:[4] 1947, The Five Great Rules of Selling by Percy H. Whiting, Quote Page 39 and 40, McGraw-Hill Book Company, New York (Verified with scans; thanks to the Rubenstein Rare Book Library at Duke University)

In 1950 “The Christian Science Monitor” published a series of twelve articles about salesmanship by Robert G. Seymour. While discussing the needs of customers, Seymour mentioned the adage and reprinted a passage from Whiting’s book:[5] 1950 March 17, The Christian Science Monitor, The HOW of Successful Selling: 3–What Causes People to Buy? by Robert G. Seymour, Quote Page 13, Column 3, Boston, Massachusetts. (ProQuest)

In 1954 Cloyd S. Steinmetz, President of the American Society of Training Directors, used the adage while addressing attendees of a conference in Louisville, Kentucky:[6] 1954 October 15, The Courier-Journal, Small Grocers Told Law Will Help Them, Quote Page 8, Column 3, Louisville, Kentucky. (Newspapers_com)

He told the grocers to “quit selling your product and sell the benefits of the product.”

“They sell a quarter of a million dollars’ worth of drill bits a week,” said Steinmetz. “Nobody wants a drill bit, they want a hole,” he said.

Many people purchase quarter inch drills, who do not really want them. They want the holes the drills make. This statement was made by Clayton Fields, speaking before the Fall Creek Township Farm Bureau meeting, Thursday, Mar. 10, at Bethlehem School House. Mr. Fields is the county representative for the Co-op Insurance Company for Hamilton County.

That quotation holds the secret of good salesmanship – the ability to see the real need for the object on sale.

People don’t buy products; they buy the expectation of benefits.

The great Harvard marketing professor Theodore Levitt used to tell his students, “People don’t want to buy a quarter-inch drill. They want a quarter-inch hole!” Every marketer we know agrees with Levitt’s insight. Yet these same people segment their markets by type of drill and by price point; they measure market share of drills, not holes; and they benchmark the features and functions of their drill, not their hole, against those of rivals.

Image Notes: Picture of drills and drill bits by blickpixel at Pixabay. Image has been resized, cropped, and retouched.

(Great thanks to Doug Garnett whose comments and inquiry led QI to formulate this question and perform this exploration. Garnett noted that the general public today would use the term “drill bit” instead of “drill” in phrases such as “quarter-inch drills”. Thanks to Barry Popik who explored this topic and found citations beginning in 1974 with a book by Theodore Levitt crediting Leo McGivena. When Popik revised his article he conducted research which located the valuable 1942 citation. Many thanks to Stephen Goranson for help verifying the 1947 citation. Also, thanks to the volunteer Wikiquote editors who found a 2016 work by Clayton M. Christensen crediting Theodore Levitt.)