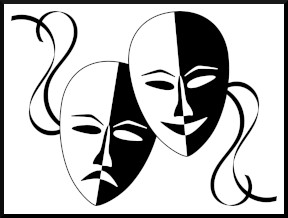 Dear Quote Investigator: The U.S. journalist and historian Ron Chernow spoke at the 2019 White House Correspondents’ Association annual dinner. He shared a quip attributed to humorist Will Rogers about the status reversal of comedians and politicians. Would you please help me to find a citation?

Everything is changing in America. People are taking their comedians seriously, and their politicians as a joke, when-it-used-to-be-vice-versa.

The desire to be taken seriously is universal, and some comedians have made serious political proposals in the past. For example, a few months before Rogers published his statement, another prominent funny man, Charlie Chaplin, made a financial recommendation to the depression-weary world although it was not adopted:[2] 1932 June 29, Oakland Tribune, Section: Editorial Page, Chaplin’s Plan, Quote Page 28, Column 1, Oakland, California. (Newspapers_com)

. . . the world’s most famous comedian seriously proposes a plan to cure the ills of the world. It is not a plan to be accepted as a joke, or to be derided because it emanated from one who makes it his business to be a clown.

Briefly the Chaplin plan would call for international money, based on silver, and backed by bonds to prevent any deliberate depreciation. The economists will take Charlie Chaplin’s plan and tell him where it is good or bad.

In 1976 several U.S. newspapers reprinted the 1932 message from Will Rogers. The text was slightly altered, e.g., the phrase “in America” was deleted:[3] 1976 April 15, The Boston Globe, Will Rogers says, Quote Page 2, Column 1, Boston, Massachusetts. (Newspapers_com)

“Everything is changing. Now people are taking their comedians seriously and the politicians as a joke, when it used to be vice versa.”
Nov. 22, 1932

Then it’s up to the voters to believe one man’s promise, or another man’s alibi. But this has been going on since George Washington started it.

But everything is changing. People are taking their comedians seriously and the politicians as a joke, when it used to be vice versa.

In conclusion, Will Rogers should receive credit for the words he published in 1932. The phrasing has been altered as the statement has been replicated over the decades.

(Great thanks to anonymous person whose inquiry led QI to formulate this question and perform this exploration.)