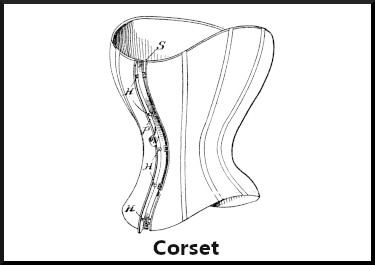 Human bodies are not the only entities which can be described as rich and thin. In 1920 an advertisement for a Zenith Carburetor appeared in a Wilkes-Barre, Pennsylvania newspaper. An automobile carburetor mixes air and fuel for an internal combustion engine. The mixture can be described as rich and thin:[2] 1920 July 17, The Wilkes-Barre Record, Zenith Carburetor (Advertisement from John Zorzi), Quote Page 28, Column 3, Wilkes-Barre, Pennsylvania. (Newspapers_com)

In 1963 the adage under investigation appeared in “Harper’s Bazaar” as mentioned previously.

In April 1967 the gossip columnist Suzy Knickerbocker described an event held at a private dancing club. The saying was attributed to Mrs. J. Gordon Douglas Sr. of Newport who was one of the attendees:[3] 1967 April 24, Philadelphia Daily News, The News of International Society: Something Doing All the Time by Suzy Knickerbocker, Quote Page 25, Column 1, Philadelphia, Pennsylvania. (Newspapers_com)

It is Mrs. Douglas who is responsible for one of the most trenchant remarks of recent years. “A woman,” quoth she, “can never be too thin or too rich.” Think about it.

A Newport socialit sums it up for all womankind when she states, “A woman can never be too rich or too thin.”

“A woman can never be too rich or too thin,” said one of the Beautiful People as reported by Suzy Knickerbocker last spring.

And I said: “Well, of course, you know her most profound saying? She said that a woman can’t be too rich or too thin.”

And she said: “Oh, everyone knows she said THAT! For a while there, they were going to put it on our silver dollars instead of In God We Trust because it more near reflects our modern faith.”

On a square cushion tossed on the huge bed in the Moran’s glass-walled bedroom, she has set down the message in needlepoint: “You can’t be too rich or too thin.”

In May 1970 an article about the Duchess of Windsor (Wallis Simpson) mentioned another pillow displaying the adage:[8]1970 May 23, The Philadelphia Inquirer, Meticulous Duchess of Windsor Emanates Charm, Wit and Chic (Special to The Inquirer and Women’s Wear Daily), Quote Page 24, Column 1, Philadelphia, … Continue reading

There is a needlepoint pillow that rests on the corner of one of the beige satin sofas in the Duke and Duchess of Windsor’s Waldorf Towers suite. It says, “You can’t be too rich or too thin.”

This saying certainly reflects the woman — the Duchess of Windsor — who is sitting at the other end of the sofa — her wit, her love of life, her fashionable figure.

In the social world, both the Duchess of Windsor and Mrs. William Paley are credited with the observation that “no woman can be too rich or too thin.” But Truman Capote maintains it was he who first said it, on the “David Susskind Show” in 1958. It’s more in his character and I believe him.

Joan Rivers: “You can never be too rich — or too thin.”

In conclusion, based on the 1963 citation in “Harper’s Bazaar” QI believes this adage should be labeled anonymous. There is evidence Mrs. J. Gordon Douglas Sr. used the saying by April 1967, but QI believes it was already in circulation.

(Great thanks to previous researchers on this topic including Ralph Keyes, Fred R. Shapiro, and Barry Popik. Their efforts inspired QI to formulate this question and perform this exploration.)