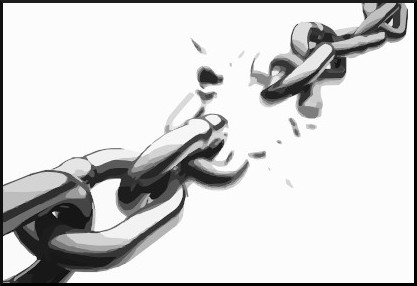 Sime Silverman was the founder of show business periodical “Variety”, and he shared his opinions in its pages. In August 1913 he evaluated a singer with a question mark in her name called “Marguerite?”. He suggested that she should continue to include comedy in her act:[2] 1913 August 15, Variety, Volume 31, Issue 11, New Acts Next Week: Marguerite?, Quote Page 20, Column 1, Los Angeles, California. (ProQuest)

Marguerite? will probably go along and work into a nice comedy “nut” turn. She ought to, not forgetting it’s a great life, Margy, if you don’t weaken.

When he passes out in Prince Albert, Saskatchewan, Braun was heard to remark, sorrowfully “It’s a great life if you don’t weaken.”

“This is the story of a merry young blade who came out of the West and went back again, Though a youth, he was a philosopher. There was the wisdom of ages in the remark which was his favorite while he swam in the tide of Broadway’s gaieties. ‘This is the life,’ he said; ‘this is the life—if you don’t weaken.’”

She laid stress upon the statement that she interpolated what she said was the best “laughing line” in the libretto—“It’s a great life if you don’t weaken!”

It’s a gay life, if you don’t weaken!

It was Elizabeth Murray, the actress, we believe, who said: “It’s a great life if you don’t weaken.”

It’s a gay, joyful life, if you don’t weaken.

In 1918 a newspaper in Elmira, New York published a letter from enlisted soldier Jack C. Irvine who presented humorous complaints and used the saying ironically:[10]1918 February 13, Elmira Star-Gazette, Is Detailed in U.S. Arsenal (Correspondence from Jack C. Irvine of Elmira, New York who was a telegraph lineman and telephone repair man; he became an enlisted … Continue reading

Oh yes it’s a grand life if you don’t weaken.

The war, as we have seen in the chapter on Slang, produced very little new slang, but the doughboys showed all the national talent for manufacturing proverbs and proverbial expressions, chiefly derisive …

Perhaps the favorite in the army was “It’s a great life if you don’t weaken,” though “They say the first hundred years are the hardest” offered it active rivalry.

In 1935 Graham Greene published “The Basement Room and Other Stories”. The title story was reprinted in the 1949 collection “Nineteen Stories”. The butler character Mr. Baines told imaginary tales about his adventures in Africa, and he used an instance with the word “good”:[14] 1949, Nineteen Stories by Graham Greene, Story: The Basement Room, Start Page 3, Quote Page 17, The Viking Press, New York. (Verified with scans)

Baines said, “just as if I was still in Africa. Most days you don’t notice what you’ve got. It’s a good life if you don’t weaken.”

AUTO ACCIDENTS. Most auto accidents occur on Saturday and Sunday; it’s a great life if you don’t weekend.

WHISKEY. A great drink if you don’t weaken—it.

In 1944 “A Treasury of American Folklore” printed a collection of Knock-Knock jokes including the following three items in which “Cigarette” becomes “It’s a great”, “Domino” becomes “Don’t mean a”, and “Fletcher” becomes “Let your”:[16]1944, A Treasury of American Folklore: Stories, Ballads, and Traditions of the People, Edited by B. A. Botkin, Part 3: Jesters, Section 2: Humorous Anecdotes and Jests, Juke Type: Knock Knock, … Continue reading

Cigarette. Cigarette who? Cigarette life if ya don’t weaken.
Domino. Domino who? Domino thing if ya ain’t got that swing.
Fletcher. Fletcher who? Fletcher self go—relax an’ fletcher self go.

We need nightly pill buttons to unwind us. We say we want to sleep. I’m not sure it is not amnesia we’re after. Swallow an “Off” button and drop off. It’s a great life if you don’t waken.

Ziegler’s Observation:
It’s a great life, if you weaken early enough to enjoy it.

In conclusion, QI tentatively credits the saying to Thomas Carter who said, “It’s a grand life if you don’t weaken” in Provo Utah in 1908. Well-known figures such as Dorothy Parker, Graham Greene, H. L. Mencken, and John Buchan used the expression after it was already in circulation.

Image Notes: Illustration of a breaking chain from Clker-Free-Vector-Images at Pixabay. Image has been cropped and resized.

(Great thanks to Sara O’Leary who told QI about a twitter thread on this topic which led QI to formulate this question and perform this exploration. Twitter discussants included Nick Arvin and Howard Mittelmark. Further thanks to T.J. Elliott whose email inquiry also inspired this exploration. Also, thanks to the authors of “The New Yale Book of Quotations” and “The Dictionary of Modern Proverbs” which contained valuable citations.)