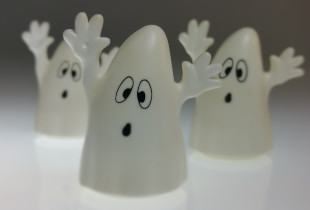 END_OF_DOCUMENT_TOKEN_TO_BE_REPLACED

Dear Quote Investigator: The famous English writer Charles Dickens has received credit for a high-flown expression that compares a person’s hopes to a beautiful bloom that should not be spoiled. I have been unable to find this saying in any of his novels, and I have begun to doubt that he crafted it. Would you please explore this topic?

Quote Investigator: In 1836 the popular English novelist Ellen Pickering published “The Merchant’s Daughter”. Within the book two characters, Lord Clanellon and Florence Lyle, engage in a complex layered dialog. The statement below from Clanellon suggests that he loves Lyle, but he hopes that she will signal her reciprocal feelings before he confirms his love. Emphasis added to excerpts by QI:[1] 1836, The Merchant’s Daughter by Ellen Pickering, Volume 1 of 3, Chapter 9, Quote Page 298, Richard Bentley, London, England. (HathiTrust) link

“There are hopes the bloom of whose beauty would be spoiled by the trammels of description: too lovely, too delicate, too sacred for words, they should be only known through the sympathy of hearts!”

Florence looked silent amaze, though a faint glow came on her cheek, perhaps from his fixed gaze and a flickering consciousness.

“You do not ask me to explain this hope;—may I not then indulge in the delightful flattery that you understand it without words? that you feel it without explanation? that a sympathy with that hope has revealed its meaning?”

Eventually, Lyle makes clear that Clanellon’s amorous feelings would be unwelcome, and he pivots by indicating that he is not feeling love. Instead, he is simply experiencing happiness and hope; he knows she is also in a wild happy mood:

“I too felt in that same light and happy mood, and that to ask the cause of such a mood would be to mar its beauty.”

The first statement above written by Ellen Pickering has incorrectly been reassigned to Charles Dickens for many years. QI is uncertain how this reassignment occurred, but the discussion accompanying the 1884 citation given further below presents one speculation.

END_OF_DOCUMENT_TOKEN_TO_BE_REPLACED

Dear Quote Investigator: The following statement of exasperation and resignation has been attributed to the luminary Mark Twain, the aphorist Elbert Hubbard, and the journalist Frank Ward O’Malley:

Life is just one damn thing after another.

This situation is confusing. What do you think?

“Bob has a motto on his wall which says ‘Life is just one damned thing after another!'” said Jimmie. But I refused to smile. I was too distinctly annoyed.

The lead time for publishing a book has traditionally been lengthy; hence, Lilian Bell may have written her novel before 1909. Bell stated within the text that the adage was already being posted on walls.

On March 5, 1909 “The Wilkes-Barre Times-Leader” of Wilkes-Barre, Pennsylvania printed the small filler item shown below.[2] 1909 March 5, Wilkes-Barre Times-Leader, (Filler item), Quote Page 6, Column 5, Wilkes-Barre, Pennsylvania. (GenealogyBank) This was the earliest instance known to QI with a complete date; it was located by top researcher Bill Mullins, and it was included in the important reference “The Dictionary of Modern Proverbs”:[3] 2012, The Dictionary of Modern Proverbs, Compiled by Charles Clay Doyle, Wolfgang Mieder, and Fred R. Shapiro, Quote Page 144, Yale University Press, New Haven. (Verified on paper)

During the following weeks, months, and years the popular saying was widely disseminated. In December 1909 Elbert Hubbard printed the expression without attribution in a journal he was editing called “The Philistine”. In March 1910 a man named Bruce Calvert was credited with the saying. In 1919 the prominent cultural commentator H. L. Mencken ascribed the phrase to Mark Twain. After the death of Frank Ward O’Malley in 1932 some obituary notices credited him with the saying. In 1942 Mencken reconsidered his judgement and linked the saying to both O’Malley and Hubbard. Detailed information is given further below.

END_OF_DOCUMENT_TOKEN_TO_BE_REPLACED

Dear Quote Investigator: In a book on corporate communications I read a quote that supposedly was said by Dickens:[1] 2007, Essentials of Corporate Communication by C. B. M. van Riel and Charles J. Fombrun, Page 181, Routledge. (Google Books limited view) link

Electric communication will never be a substitute for the face of someone who with their soul encourages another person to be brave and true.
Charles Dickens

I find this quote hard to believe. Naturally,  email and twitter did not exist in the time of Dickens, but even the telephone wasn’t deployed. Alexander Graham Bell received a patent for the telephone in 1876 and Dickens died in 1870.

Quote Investigator: Your skepticism is understandable and the quotation you provide has been modified; however, it is based on a passage in a work by Charles Dickens entitled “The Wreck of the Golden Mary”. A character in the story is commenting on communication via electric telegraph within a ship during a time of great peril and says the following. Boldface has been added:[2] 1856 December 6, Household Words (Extra Christmas Number), The Wreck of the Golden Mary, Page 10, Column 2, Bradley and Evans. (Google Books full view) link

O! what a thing it is, in a time of danger, and in the presence of death, the shining of a face upon a face!  I have heard it broached that orders should be given in great new ships by electric telegraph.  I admire machinery as much as any man, and am as thankful to it as any man can be for what it does for us.  But, it will never be a substitute for the face of a man, with his soul in it, encouraging another man to be brave and true.  Never try it for that.  It will break down like a straw.

This quotation has been altered to obtain the shorter version that you give. Only one sentence from the story has been extracted for the quote. The pronoun referring to the telegraph has been removed, and the generic term “electric communication” has been substituted. Also, the male referents have been changed to genderless referents.

In conclusion, substantial changes have been made to the original text to yield the widely-distributed single sentence quotation in its modern form. The dramatic life-or-death context has been excised.

Yet, it is true that the words of Dickens did reflect skepticism toward substituting the telegraph for face-to-face contact in crucial situations.

Update History: On April 8, 2014 the style of the bibliographic notes was updated to numerical form.