Dear Quote Investigator: A collection of Christmas season quips employ wordplay based on “past” and “present”. Here are two examples:

What I like about Christmas is that you can make people forget the past with a present.

At Christmas time youngsters want the past forgotten and the present remembered.

Remarks of this type have been attributed to humorist Don Marquis, cartoonist Gladys Parker, and comedian Phyllis Diller. Would you please explore this topic?

This instance of the quip did not mention Christmas, but it contained the key wordplay elements.

… the latest bit of wisdom scribbled on the bulletin board at Connie’s Inn reads, “On her birthday every girl wants her past forgotten and her presents remembered”

Many a person will forget the past for a present.

END_OF_DOCUMENT_TOKEN_TO_BE_REPLACED

Dear Quote Investigator: Crafting a bright witticism or a clever aphorism is a difficult task especially for a writer who is facing a tight deadline. One strategy is described as follows:

Stroke a platitude until it purrs like an epigram.

This remark has been ascribed to Don Marquis who was a popular columnist and storyteller based in New York City. Would you please explore this saying?

Quote Investigator: Don Marquis wrote a daily column called “The Sun Dial” for “The Evening Sun” of New York for more than a decade. He also wrote for other papers such as “The New York Herald Tribune” and the “Buffalo Evening News”. However, some of his writings have not yet been digitized which impedes research.

Don Marquis who really should know, says the art of newspaper paragraphing “consists of stroking a platitude until it purrs like an epigram.”

This citation provides indirect evidence. And QI currently believes Marquis is the most likely creator of the saying. A matching expression occurred directly in a column by Marquis by 1925, and he sometimes repeated sayings in his columns. Interestingly, the saying was also used by his friend and fellow journalist Christopher Morley who did not credit Marquis.

END_OF_DOCUMENT_TOKEN_TO_BE_REPLACED 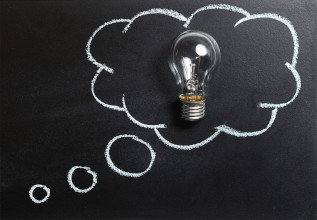 Dear Quote Investigator: One strategy for attacking an idea is to exhibit a repugnant individual who supports the idea. This method can influence the opinions of those who are susceptible to psychological manipulation, but it is logically flawed. Here is a pertinent adage:

An idea isn’t responsible for the people who believe in it.

Would you please attempt to trace this statement?

An Idea isn’t responsible for the people who believe in it.
The Sun Dial

Marquis wrote a daily column called “The Sun Dial” for “The Evening Sun” of New York for more than a decade starting in 1912. Unfortunately, QI has been unable to find a database containing digitized copies of the newspaper in the pertinent period.

END_OF_DOCUMENT_TOKEN_TO_BE_REPLACED

Dear Quote Investigator: Recently, a wealthy acquaintance told me that hard work was their key to becoming rich. I asked, “Whose?”

Would you please explore the provenance of this riposte?

Quote Investigator: Don Marquis was a popular columnist and storyteller. In 1921 he published a column called “The Weather Vane” that was carried by the “Buffalo Evening News” of New York. His version of this jest referred to Croesus who was an ancient King famous for his treasures and opulence. Boldface added to excerpts by QI:[1] 1921 February 15, Buffalo Evening News, The Weather Vane by Don Marquis, Column Section: Our Own Wall Mottoes, Quote Page 8, Column 3, Buffalo, New York. (Newspapers_com)

WHEN CROESUS TELLS YOU HE GOT RICH THROUGH HARD WORK, ASK HIM: “WHOSE?”

QI believes that Don Marquis was the most likely creator of this remark. Below are additional selected citations in chronological order.

END_OF_DOCUMENT_TOKEN_TO_BE_REPLACED

Dear Quote Investigator: People readily accept thoughtful opinions that are close to their own, but they become unhappy when sharply different viewpoints are expressed forcefully. Here is a germane remark:

If you make people think they’re thinking, they’ll love you. If you really make them think they’ll hate you.

The newspaper columnist and humorist Don Marquis has received credit for this comment, but I have been unable to find a precise citation. Would you please explore this topic?

Quote Investigator: Don Marquis wrote a daily column called “The Sun Dial” for “The Evening Sun” of New York for more than a decade. Unfortunately, QI has been unable to find a database containing digitized copies of the newspaper in the pertinent time period when Marquis was crafting memorable epigrams. He also wrote for other papers such as “The New York Herald Tribune”.

As Mr. Don Marquis once wrote (or was it Apollinaris Sidonius?) “If you make people think they are thinking, they will love you. If you really make them think, they’ll hate you.”

The mention of Apollinaris Sidonius was most likely intended to be humorous. QI believes that Marquis probably did coin this saying; however, the phrasing is uncertain because many variants have been published over the years. Perhaps future researchers will locate the original statement in an issue of “The Evening Sun” after it has been digitized.

END_OF_DOCUMENT_TOKEN_TO_BE_REPLACED

Samuel Taylor Coleridge was asked, “Do you believe in ghosts?” “No, ma’am,” he replied, “I’ve seen too many.” Lucy Finn

Did Coleridge really make this remark?

Quote Investigator: Yes, there is good evidence that he did make a comment of this type. The context helps to explain what he was trying to communicate.

Coleridge died in 1834, and more than sixty years later in 1895 excerpts from his unpublished notebooks were printed in the work “Anima Poetae”. An entry dated May 12, 1805 discussed an extraordinary episode during which Coleridge saw an apparition. He had been engaged in a long conversation with a companion who said goodbye and retired. Coleridge began to doze for five minutes while sitting in a red armchair. He awoke suddenly and perceived that his companion who had left was somehow still present. He was startled but started to doze again. Awakening he saw the same spectral figure:[2]1895, Anima Poetae: From the Unpublished Note-Books of Samuel Taylor Coleridge, Edited by Ernest Hartley Coleridge, Entry Title: Illusion, Entry Date: May 12, 1805, Start Page 122, Quote Page 123, … Continue reading

The appearance was very nearly that of a person seen through thin smoke distinct indeed, but yet a sort of distinct shape and color, with a diminished sense of substantiality — like a face in a clear stream.

Coleridge’s skepticism about his own perceptions led him to record information about these mental excursions. Emphasis added to excerpts by QI:

Often and often I have had similar experiences, and, therefore, resolved to write down the particulars whenever any new instance should occur, as a weapon against superstition, and an explanation of ghosts — Banquo in “Macbeth” the very same thing. I once told a lady the reason why I did not believe in the existence of ghosts, etc., was that I had seen too many of them myself.

In the passage above Coleridge referred to Lord Banquo who was a character in Shakespeare’s play “Macbeth”; during the course of the drama Banquo was murdered by Lord Macbeth and reappeared as a ghost.