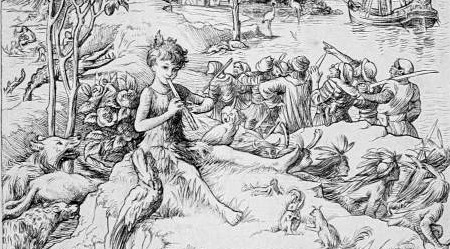 So come with me, where dreams are born, and time is never planned.

This sentiment fits the world of Peter Pan, but I have been unable to find it in Barrie’s oeuvre. Would you please explore its provenance?

Quote Investigator: QI conjectures that these words were derived from the lyrics of the song “Never Never Land” written by Betty Comden and Adolph Green for the 1954 Broadway musical version of “Peter Pan”. The first two lines of the song were:[1] 2002, Broadway Volume II: Complete Lyrics for 200 Songs From 116 Musicals, Series: The Lyric Library, Song: Never Never Land, Quote Page 144, Published by Hal Leonard. (Verified with scans)

I know a place where dreams are born,
And time is never planned.

Comden and Green were inspired by Barrie’s work, but they crafted the song lyrics. Barrie has received credit for other modified lines. For example, the line “Just think of happy things” has been attributed to Barrie, but the song contains:

Just think of lovely things,
And your heart will fly on wings,

END_OF_DOCUMENT_TOKEN_TO_BE_REPLACED

Dear Quote Investigator: Young people often reject the teachings of their elders. They believe that their understanding is superior. An older individual constructed the following ironic barb:

I am not young enough to know everything.

This statement has often been attributed to the famous Irish wit Oscar Wilde. It has also been credited to the playwright J. M. Barrie who is best known for the creation of Peter Pan. Would you please explore this topic?

Quote Investigator: J. M. Barrie wrote the comic play “The Admirable Crichton” which was first produced in 1902. Barrie published the script by 1918. A character named Ernest delivered the line, and he repeated it when its humor was not fully understood:[1] 1918, The Plays of J. M. Barrie: The Admirable Crichton: A Comedy, Act I, Quote Page 12 and 13, Charles Scribner’s Sons, New York. (Google Books Full View) link

LADY MARY (speaking without looking up). You impertinent boy.

ERNEST (eagerly plucking another epigram from his quiver). I knew that was it, though I don’t know everything. Agatha, I’m not young enough to know everything.
(He looks hopefully from one to another, but though they try to grasp this, his brilliance baffles them.)

ERNEST (encouragingly) Don’t you see? I’m not young enough to know everything.

AGATHA I’m sure it’s awfully clever, but it’s so puzzling.

END_OF_DOCUMENT_TOKEN_TO_BE_REPLACED

Dear Quote Investigator: When I am absorbed in performing a difficult and fascinating task I do not feel like I am working. James Matthew Barrie, the well-known creator of “Peter Pan”, addressed this phenomenon:

Nothing is really work unless you would rather be doing something else.

I have been unable to find a solid citation. Would you please help?

Quote Investigator: This saying is difficult to trace because the original phrasing employed by J. M. Barrie was different. On May 3, 1922 Barrie delivered the Rectorial Address at St. Andrews University. He spoke about his time as a freelance journalist, and noted that his excitement and motivation were large enough that the experience did not seem like work. In the following passage he also referred to Robert Louis Stevenson’s success as a writer. Emphasis added to excerpts by QI:[1]1922, Courage by J. M. Barrie (James Matthew Barrie), The Rectorial Address Delivered at St. Andrews University on May 3, 1922, Quote Page 23 and 24, Charles Scribner’s Sons, New York. (Google … Continue reading

But now, on reflection, a dreadful sinking assails me, that this was not really work. The artistic callings—you remember how Stevenson thumped them—are merely doing what you are clamorous to be at; it is not real work unless you would rather be doing something else.

END_OF_DOCUMENT_TOKEN_TO_BE_REPLACED

Dear Quote Investigator: The Scottish playwright and novelist J. M. Barrie created the beloved fictional world of Peter Pan and Wendy. He also offered cogent advice about not ascribing excessively malign intentions to your antagonists. Are you familiar with this saying? Do you know when it was spoken?

Quote Investigator: In 1922 James Matthew Barrie delivered the Rectorial Address at the University of St Andrews in Scotland. His speech included a guideline with a humorous edge for assessing other people’s thoughts. Emphasis added to excerpts by QI:[1] 1922, Courage by J. M. Barrie, The Rectorial Address Delivered at St. Andrews University on May 3, 1922, Quote Page 9 and 10, Charles Scribner’s Sons, New York. (Google Books Full View) link

I urge you not to use ugly names about anyone. In the war it was not the fighting men who were distinguished for abuse; as has been well said, “Hell hath no fury like a non-combatant.” Never ascribe to an opponent motives meaner than your own.

END_OF_DOCUMENT_TOKEN_TO_BE_REPLACED

Dear Quote Investigator: When I worked on a student newspaper in college I was told a story about a late night editor at a major newspaper who received a terse wire report saying the “Russians Have Taken Umbrage”. The editor did not know the meaning of this phrase, and his attempt to locate “Umbrage” on a map failed. However, he was certain that this was a significant news item. The next day the paper bannered something like:

I have never seen a copy of the actual news article, but the time period was World War II. Is this a newspaperman’s legend, or is there some truth in this anecdote?

Quote Investigator: First, to understand this humorous tale it is helpful to know that “to take umbrage” means “to take offense” or “to be displeased”.

Jokes based on misunderstanding “umbrage” in a military context stretch far back in time. QI has located a variant that uses this form of wordplay in “The Town and Country Magazine” in 1782. The setting of this jape is “During the war between France and England in the last reign.” The following narrative describes the experiences of a newspaper reader who is initially made unhappy by what he reads. In the text the word “Damn” is represented by “D—n” [TCFE]:

Coming to a paragraph which informed him that the French had taken umbrage, he removed his spectacles from his nose with unusual precipitation, and exclaimed, with an eagerness which evidently proceeded from the strength of his feelings, though it was at the expence of his understanding–“D–n these fellows, they will have every town they come to if they go on at this here rate.”

When he had vented his indignation at the taking umbrage, he resumed his paper, and finding, soon afterwards, in another page that the English had taken cognizance, his face brightened up amazingly; looking round the room with an air of satisfaction he said, “Aye, aye, this is something like; now we are even with the powder-puffs; aye, aye, tis’ high time to put a spoke into Mounsheer’s wheels.”

“To take cognizance” means “to take notice” or “to acknowledge”. “Mounsheer” is a deliberate misspelling of the French word “Monsieur” which is a courtesy title equivalent to the English ‘Mr.’ The passage appears in a section called “Letters to the Delineator’ and the letter writer is named Samuel Snug.