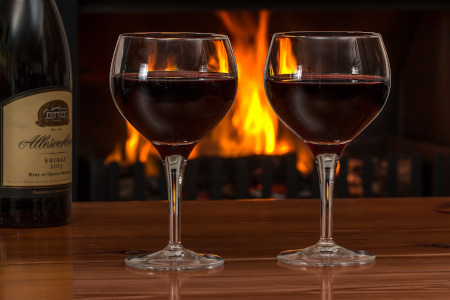 In July 1890 Oscar Wilde began to publish installments of “The Picture of Dorian Gray” in “Lippincott’s Monthly Magazine”. The novel included a discussion of the relationship between the body and soul:[4] 1890 July, Lippincott’s Monthly Magazine, The Picture of Dorian Gray, Chapter 3, Quote Page 31, Published by J. B. Lippincott Company, Philadelphia, Pennsylvania. (Google Books Full View) link

Soul and body, body and soul,—how mysterious they were! There was animalism in the soul, and the body had its moments of spirituality. The senses could refine, and the intellect could degrade. Who could say where the fleshly impulse ceased, or the psychical impulse began? How shallow were the arbitrary definitions of ordinary psychologists!
. . .
The separation of spirit from matter was a mystery, and the union of spirit with matter was a mystery also.

Also, in 1894 Wilde referred to body and soul within one of thirty-five witticisms he published in a student journal at the University of Oxford called “The Chameleon”. The following three items were included.[5]1894, The Chameleon, Volume 1, Number 1, Edited by John Francis Bloxam, Article: Phrases and Philosophies for the Use of the Young by Oscar Wilde, Start Page 1, Quote Page 1, Gay and Bird, London. … Continue reading

Those who see any difference between soul and body have neither.

If one tells the truth one is sure, sooner or later, to be found out.

Author Frank Harris’s biography credited Wilde with a remark about nourishing both his body and his soul:[7]1918 (1916 Copyright), Oscar Wilde: His Life and Confessions by Frank Harris, Volume 1, Chapter 6, Quite Page 97, Printed and Published by the Author, 29 Waverly Place, New York City. (Verified with … Continue reading

“I only demand that freedom which I willingly concede to others. No one condemns another for preferring green to gold. Why should any taste be ostracised? Liking and disliking are not under our control. I want to choose the nourishment which suits my body and my soul.”

None of the above attested remarks by Wilde mentioned drinking as a technique to sever body and soul.

If you yourself haven’t any spare jobs for a retired book-reviewer, maybe some friend of yours might have something. Maybe you wouldn’t mind asking around. Salary is no object; I want only enough to keep body and soul apart.

In 1981 Seamus Heaney ascribed the saying under examination to Oscar Wilde as mentioned previously:[9]1981 February 26, The Boston Globe, Poet Seamus Heaney: This most rooted of men, bard of the Irish soul by Shaun O’Connell (Special to The Globe), Quote Page 53, Column 3, Boston, … Continue reading

Oscar Wilde liked to say that he drank to keep body and soul apart, and it is in this same devil-may-care spirit that Harry Craddock, the esteemed mixologist, created The Savoy Cocktail Book.

From the Duke we moved on to O’Neill’s, second home to generations of Trinity College students, among them Oscar Wilde, who drank, he said, to keep body and soul apart.

Of a Sunday morning ambulance
When we might, O my love, have quoted Donne
On love on hold, body and soul apart.

I lay in bed longing to hear the ghost of Oscar Wilde shouting profound things outside my window in his perfect peacoat: “I drink to separate my body from my soul!”

In conclusion, current evidence indicates that Oscar Wilde should not receive credit for this saying. Seamus Heaney employed the earliest instance known to QI, but he disclaimed credit when he ascribed the remark to Wilde. Thus, the creator remains anonymous.

Image Notes: Picture of two glasses of red wine from stevepb at Pixabay. Image has been resized.