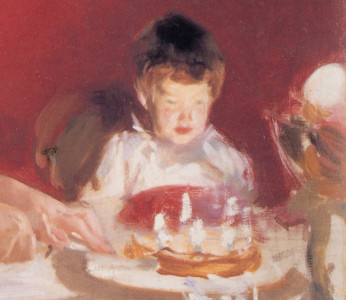 END_OF_DOCUMENT_TOKEN_TO_BE_REPLACED

Dear Quote Investigator: Critics discuss abstruse theories of creativity and engage in esoteric scrutiny of aesthetics while artists are primarily concerned with the practical. Admittedly, this is an oversimplification. Here is a statement that makes a similar point:

Did Picasso really say this?

Quote Investigator: The earliest evidence of a comparable expression located by QI appeared in a 1966 book by the screenwriter and director Garson Kanin who ascribed the words to Picasso:[1] 1966, Remembering Mr. Maugham by Garson Kanin, Quote Page 45, Atheneum, New York. (Verified on paper)

END_OF_DOCUMENT_TOKEN_TO_BE_REPLACED

Dear Quote Investigator: There is a famously severe criticism that was aimed at an inexpressive theater performer or movie star in the 1930s. Here are two prototypes:

This performer ran the gamut of human emotion all the way from A to B.

This thespian runs the gamut of emotions from A to B.

Can you tell me who spoke this line and who was being criticized?

Quote Investigator: This quip is usually credited to the notable wit Dorothy Parker, and she reportedly was attacking the skills of the movie star Katharine Hepburn. But there is some uncertainty about when Parker made the remark. The earliest evidence in the 1930s is not directly from Parker; in fact, the information appears to be thirdhand. Finally, in a 1971 book the movie director and writer Garson Kanin stated that he asked Parker about the gibe, and she acknowledged that it was hers, but she also extolled Hepburn’s artistry.

Which calls to mind the latest sweetly venomous remark of Miss Dorothy Parker anent Miss Hepburn (the Miss Hepburn principally of the lamentable “Christopher Strong”). It was delivered as Miss Parker swept or lolled recently into a cocktail party:

“Come,” she said, “let’s all go to see Miss Hepburn and hear her run the gamut of emotions from A to B!”

When Katharine Hepburn appeared in a play on Broadway, ’tis said that Dorothy Parker cracked: “Miss Hepburn ran the whole gamut of emotions—from A to B.”

On February 19, 1934 Time magazine discussed the joke and gave a precise location. According to the periodical Parker delivered the line during an intermission period of “The Lake” which was a Broadway production that ran from December 26, 1933 to February 1934. Hepburn had a primary role in this play, but the show and her efforts were not well-received:[3]Website: IBDB Internet Broadway Database, Entry: The Lake, Martin Beck Theatre, 1933, Website description: “IBDB (Internet Broadway Database) archive is the official database for Broadway … Continue reading[4] 1934 February 19, Time, “The Theatre: New Plays in Manhattan: Feb. 19, 1934”, Time Inc., New York. (Accessed time.com on September 26, 2013; Time magazine online archive)

During an intermission of The Lake, Dorothy Parker remarked to others in her party: “Well, let’s go back and see Katharine Hepburn run the gamut of human emotion from A to B.”