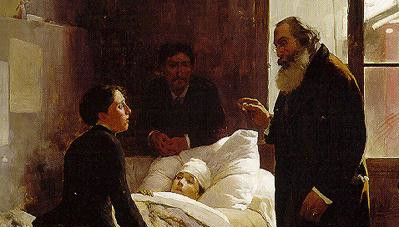 END_OF_DOCUMENT_TOKEN_TO_BE_REPLACED

Quote Investigator: The earliest match located by QI appeared in the May 1878 issue of a London periodical called the “Temple Bar”. An unnamed author penned a statement above bravery which was prefaced with a remark about success in the sport of fencing. Boldface added to excerpts by QI:[1] 1878 May, Temple Bar: A London Magazine, Volume 53, Sticks, Stocks and Stones: Arma Virumque Cano, Start Page 50, Quote Page 54, Richard Bentley & Son, London.(Google Books Full View) link

END_OF_DOCUMENT_TOKEN_TO_BE_REPLACED

What would have happened if what did happen had not happened?

These words have been attributed to British statesman Lord Palmerston, but I have been unable to find a citation. Would you please help?

Quote Investigator: In 1850 Lord Palmerston delivered a speech in the House of Commons in London. The original phrasing of the expression differed a bit from the modern version given by the questioner. Emphasis added to excerpts by QI:[1]1850, Speech of Viscount Palmerston in the House of Commons, on Tuesday, The 25th of June, 1850, on Mr. Roebuck’s Motion on the Foreign Policy of the Government by Henry John Temple Palmerston … Continue reading

We have been told, however, that if it had not been for the war in Lombardy, the indispensable interference of Russia in Hungary, would not have taken place. What might have happened, if that which did happen, had not happened, I cannot undertake to say. (Hear, and laughter.)

END_OF_DOCUMENT_TOKEN_TO_BE_REPLACED

Dear Quote Investigator: There is an anecdote about a fiendishly complex diplomatic agreement. Negotiating, signing, and comprehending the pact had sent one person to the grave, sent a second to a lunatic asylum, and left a third with memory loss. Are you familiar with this tale?

Quote Investigator: This story is based on a remark ascribed to British statesman Lord Palmerston who died in 1865 about the intricate Schleswig-Holstein Question.

The Danish question, or better put that of Schleswig-Holstein, was so utterly complicated and obscure that Lord Palmerston, not having been successful in preventing that war through diplomacy, used to quip that only three individuals knew the cause of the tangled dispute. One was Prince Albert, who unfortunately was dead; the second was a Danish official who had gone mad; and the third was he himself, Lord Palmerston, who had forgotten it.