END_OF_DOCUMENT_TOKEN_TO_BE_REPLACED

Dear Quote Investigator: The age of social media has exacerbated political antagonisms. A sardonic comedian once claimed that no person foolish enough to run for a high political office could be worthy of a vote. I hope high-quality candidates ignore this facetious viewpoint, but it is difficult to discount. Would you please explore this remark?

It is fast coming to the point where I don’t want to elect anyone stupid enough to want the job.

She described the following as a drawback for the office:

A president can look forward to four to eight years’ employment—tops. Then what does he do? Write his memoirs? Play a little golf? Build houses? Visit his library?

END_OF_DOCUMENT_TOKEN_TO_BE_REPLACED 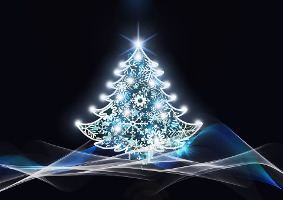 Dear Quote Investigator: The popular humorist Erma Bombeck once wrote about the melancholy feelings of some Christmas celebrants when they leave childhood behind. Would you please help me to find a citation?

Quote Investigator: In 1967 Erma Bombeck wrote the following in her syndicated column, Emphasis added to excerpts:[1]1967 December 22, Courier-Post, Where Was the Wonder Lost: Joy to the Little Ones: You Can’t Take Child Out of Christmas by Erma Bombeck, Quote Page 19, Column 1, Camden, New Jersey. … Continue reading

There is nothing sadder in this world than to awake Christmas morning and not be a child.

Not to feel the cold on your bare feet as you rush to the Christmas tree in the living room. Not to have your eyes sparkle at the wonderment of discovery. Not to rip the ribbons off the shiny boxes with such abandon.

One more citation and a conclusion appears below.

END_OF_DOCUMENT_TOKEN_TO_BE_REPLACED

Dear Quote Investigator: Television is filled with athletic events during the winter holiday season. A hypnotized sports addict could stare at the tube for hours on end. A caustic remark about this behavior was apparently crafted by the humorist Erma Bombeck:

Anybody who watches three games of football in a row should be declared brain dead.

I haven’t been able to locate a solid citation. Is this quotation accurate?

Quote Investigator: Erma Bombeck visited this topic at least five times in her syndicated newspaper column, books, and speeches. None of her statements precisely matched the remark given above, but there was a semantic overlap.

In 1972 Bombeck discussed stressful situations during which individuals talked to themselves. Although this might be considered mentally anomalous conduct she felt that it was sometimes justified. Here were three acceptable scenarios she listed. Emphasis added to excerpts by QI:[1] 1972 May 17, The Daily Reporter, At Wit’s End by Erma Bombeck (Syndicated), Quote Page A16, Column 7, Dover, Ohio. (Newspapers_com)

The woman standing in the middle of the kitchen asking herself, “If I were car keys, where would I hide?”

The man on the golf course who has just missed a two-inch putt and is the only one who wouldn’t be shocked by his X-rated dialogue.

The woman who is married to a man with a 23-televised-football-games-a-week habit. (It’s even permissible for her to dance with herself.)

Before you read this book, there are a few things you should know about me.

I consider ironed sheets a health hazard.
. . .
Renaissance women were beautiful and never heard of Weight Watchers.
. . .
Men who have a thirty-six-televised-football-games-a-week-habit should be declared legally dead and their estates probated.

The above statement provided a substantive match to the expression under examination, but Bombeck did not use the phrase “brain dead”. Also, the criticism was aimed at couch potatoes with more extensive viewing schedules.

END_OF_DOCUMENT_TOKEN_TO_BE_REPLACED

Dear Quote Investigator: Recently, while sitting in the waiting room of a medical office I noticed that the potted plants were in dire condition. This was a bad omen, and I vaguely recall a joke about this situation. Can you help?

Quote Investigator: The humorist Erma Bombeck wrote a widely syndicated newspaper column called “At Wit’s End” and several best-selling books. In 1975 she published a piece stating that previously she was not a suspicious person, but her viewpoint had changed over the years. She presented several comical remarks about her increasingly cautious outlook. Here were three examples. Emphasis added by QI:[1] 1975 January 7, Pampa Daily News, At Wit’s End by Erma Bombeck, Quote Page 5, Column 1, Pampa, Texas. (Newspapers_com)

Never go to a doctor whose office plants have died.
Never trust an optometrist who won’t look you in the eye.
Never frequent beauty shops that don’t have mirrors. They have something to hide. You.