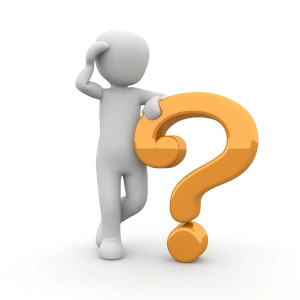 Dear Quote Investigator: Philosophers, religious figures, and spiritual gurus have been making claims about the meaning of life for millennia. The comedian Woody Allen apparently offered his own quixotic analysis. Would you please help me to find a citation?

Do you believe in reincarnation?

What, then, is the meaning of life?

END_OF_DOCUMENT_TOKEN_TO_BE_REPLACED

Dear Quote Investigator: There is a joke based on the biblical creation story that contains the famous line “Let there be light”. The punch line of the gag is:

There was still nothing. But you could see it a whole lot better.

Two prominent comedians have received credit for this humor: Ellen DeGeneres and Woody Allen. Would you please examine this topic?

Quote Investigator: Ellen DeGeneres began performing as a comedian in 1980 according to the biography “Ellen: The Real Story of Ellen DeGeneres” by Kathleen Tracy. This joke was included in her stand-up act circa 1983. Yet, interestingly, the jest was circulating during the previous decade.

The earliest strong match located by QI appeared in a 1978 newspaper article about a touring company of the “The Second City” improvisational comedy organization. The company was visiting Michigan State University in East Lansing, Michigan to perform and give a workshop. Joe Doyle was a member of the comedy troupe, and he delivered a version of the joke:[1] 1978 October 19, Lansing State Journal, Second City troupe: patient wait for stardom by Mike Hughes (Staff Writer), Quote Page C3, Column 2, Lansing, Michigan. (Newspapers_com)

“In the beginning, there was nothing. The Lord said, ‘Let there be light.’ Then there was still nothing. But you could see it.”

This jest can be phrased in many different ways which makes it difficult to trace; hence, future researchers may uncover earlier instances. Nevertheless, based on current evidence QI tentatively gives credit to Joe Doyle.

END_OF_DOCUMENT_TOKEN_TO_BE_REPLACED

Dear Quote Investigator: The ability to read and comprehend text quickly is a valuable skill. Several decades ago courses were developed that attempted to teach “speed reading” or “quick reading” techniques. The well-known comedian Woody Allen created a joke about applying speed-reading strategies to Tolstoy’s massive tome “War and Peace”. Are you familiar with this joke? Did Allen really originate it?

Quote Investigator: The earliest evidence found by QI was printed in May 1967 in the “Ames Daily Tribune” of Ames, Iowa. A columnist named Rod Riggs presented the comical tale without attribution: Boldface has been added to excerpts:[1] 1967 May 23, Ames Daily Tribune, From My Point of View by Rod Riggs, Quote Page 7, Column 2, Ames, Iowa. (NewspaperArchive)

Foolishness: The fellow took a speed reading course. “I learned to read straight down the middle of the page,” he reported. “I was able to go through ‘War and Peace’ in 20 minutes. It’s about Russia.”

The next earliest citation known to QI appeared in “Reader’s Digest” in October 1967. This mass-circulation periodical has historically been an important nexus for the distribution of quotations and anecdotes. The joke was credited to Woody Allen, and an acknowledgement was given to a popular columnist based in California:[2] 1967 October, Reader’s Digest, Volume 91, Condensed Version (filler item), Quote Page 120, The Reader’s Digest Association. (Verified on microfilm)

Condensed Version. Woody Allen says, “I took a course in speed reading, learning to read straight down the middle of the page, and I was able to go through War and Peace in 20 minutes. It’s about Russia.”
— Herb Caen in San Francisco Chronicle

QI believes that this humorous remark was crafted by Woody Allen who probably used it in one of his comedy routines in the 1960s. Caen was careful to credit Allen. Riggs may have heard someone repeat the joke, and he placed it in his column without ascription. A citation from 1972 stated that Allen told the joke on television. Details are given further below.

END_OF_DOCUMENT_TOKEN_TO_BE_REPLACED

I hate reality, but it is still the only place where I can get a decent steak.

Oddly, the following very similar quip has been credited to Groucho Marx:

I’m not crazy about reality, but it’s still the only place to get a decent meal.

Did Allen engage in plagiarism? Would you please explore this question?

Quote Investigator: The first line above was similar to a line spoken by Woody Allen during an interview published in 1993. QI has found no substantive evidence that the second line was employed by Groucho. The initial citation located by QI for the second jest appeared in 2003, and yet Groucho died a quarter century before that date.

The earliest variant in this family known to QI was contained in a short story written by Allen called “The Condemned” that was published in “The New Yorker” magazine in 1977. The tale hinged on the parodic existential dilemmas of a would-be assassin named Cloquet. Boldface has been added to excerpts:[1]1977 November 21, The New Yorker, The Condemned by Woody Allen, Start Page 57, Quote Page 57, Published by The New Yorker Magazine, Inc., New York. (Accessed Online Archive of Page Scans at … Continue reading

He’s dreaming, Cloquet thought, as he stood over him, revolver in hand. He’s dreaming, and I exist in reality. Cloquet hated reality but realized it was still the only place to get a good steak. He had never taken a human life before. True, he had once shot a mad dog, but only after it had been certified as mad by a team of psychiatrists.

Thus, Allen was willing to recycle the joke in 1993, but QI does not believe that he lifted it from Groucho.

END_OF_DOCUMENT_TOKEN_TO_BE_REPLACED 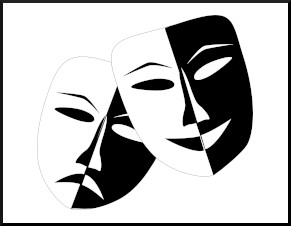 END_OF_DOCUMENT_TOKEN_TO_BE_REPLACED

Dear Quote Investigator: I am trying to track down the origin of a quotation about success in life that has divaricated into many versions. Here are some examples:

Some of these expressions are credited to the famous comedian and director Woody Allen, but I have not located a solid citation. Could you explore the provenance of these sayings?

Quote Investigator: The earliest close match known to QI was printed in the New York Times in August 1977. Woody Allen and Marshall Brickman co-wrote the Oscar winning screenplay for the 1977 movie Annie Hall, and they were interviewed together by the journalist Susan Braudy. The following words were spoken by Marshall Brickman, but he attributed the adage to Woody Allen. Emphasis added to excerpts by QI:[1] 1977 August 21, New York Times, Section 2: Arts and Leisure, He’s Woody Allen’s Not-So-Silent Partner by Susan Braudy, Page 11 (ProQuest Page 83), New York. (ProQuest)

I have learned one thing. As Woody says, ‘Showing up is 80 percent of life.’ Sometimes it’s easier to hide home in bed. I’ve done both.

In 1989 Woody Allen was asked about this saying by William Safire, the language columnist for the New York Times, and Allen replied with a letter in which he asserted: “I did say that 80 percent of success is showing up.” Hence, Allen accepted credit for a common variant of the expression using the word “success” instead of “life”. The details of this interesting cite are given further below.