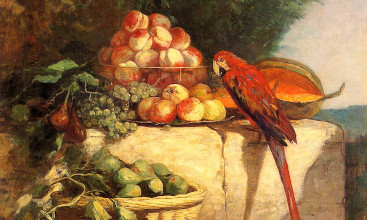 Dear Quote Investigator: A talkative pet parrot can cause enormous embarrassment when it publicly recites phrases spoken in private. A comedian offered the following guidance:

Live your life so you wouldn’t be ashamed to sell your family parrot to the town gossip.

Popular entertainer Will Rogers has often received credit for this remark, but I have been unable to find a citation. Would you please help?

Quote Investigator: The earliest match located by QI appeared in 1928 in a Meyersdale, Pennsylvania newspaper which acknowledged another periodical. Boldface added to excerpts by QI: 1

So live that you wouldn’t be ashamed to sell the family parrot to the town gossip.—Troy Times.

QI has not located the pertinent issue of “Troy Times”. Hence, the creator remains anonymous at this time. Will Rogers received credit for the joke by 1946; however, this long delay weakens the value of this attribution.

END_OF_DOCUMENT_TOKEN_TO_BE_REPLACED 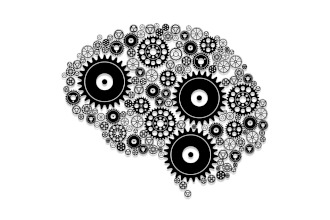 Dear Quote Investigator: Know-it-alls are eager to assert their expertise on all subjects. I love the following comical reaction to grandiose egotism:

Those who believe they know everything are a great nuisance to those of us who do.

The science fiction grandmaster Isaac Asimov has received credit for this line, but I have been unable to find any solid evidence. Would you please explore this topic?

Quote Investigator: This quip is difficult to trace because it has been expressed in many different ways, and it has evolved over time. Here is a sampling:

The earliest match located by QI appeared as a filler item in “The Saturday Evening Post” in 1961. Emphasis added to excerpts by QI: 1

The fellow who thinks he knows it all is especially annoying to those of us who do.
HAROLD COFFIN

Coffin was a humor columnist with the Associated Press (AP) news service in the 1960s and 1970s. He wrote a feature called “Coffin’s Needle” although QI has not found the joke in Coffin’s AP writings. 2

END_OF_DOCUMENT_TOKEN_TO_BE_REPLACED 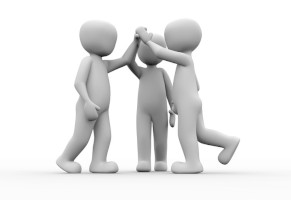 Quote Investigator: A precursor appeared in 1916 within a periodical based in Atlanta, Georgia called “The Presbyterian of the South”. Friendship was discussed in a piece about the biblical patriarch Enoch with the byline R. H. The initials probably referred to co-editor Reverend Robert Hill of Dallas Texas. Emphasis added to excerpts by QI: 1

In 1924 “The Border Cities Star” of Ontario, Canada published an article about a meeting of the Odd Fellows fraternal organization. Reverend C. R. Durrant, past grand chaplain of the Independent Order of Odd Fellows, delivered a speech containing an instance of the saying: 2

END_OF_DOCUMENT_TOKEN_TO_BE_REPLACED

Dear Quote Investigator: The comedian Milton Berle was a major star for decades on radio and then on television. The following insightful adage has been attributed to him:

Laughter is an instant vacation.

I have also seen these words credited to Bob Hope who was another top comedian with extraordinary longevity. Would you please explore this saying?

Quote Investigator: This expression was ascribed to Milton Berle in 1977, and in 1985 Bob Hope included the adage in an essay he wrote for the UPI news service. So linkages exist for both comedians, and full citations are given further below. Yet, the phrase was already in circulation before 1977.

The earliest evidence located by QI appeared in the “Pennsylvania School Journal” in 1968. A column called “Ravelin’s: Threads Detached from Texture” by Eugene P. Bertin stated that laughter was an “instant vacation”; however, the phrasing was not compact. Boldface has been added to excerpts: 1

There is a purifying power in laughter. It is truth in palatable form. It is instant vacation. Seeing the comical side of many situations makes life a great deal easier. It’s like riding through life on sensitive springs that ease every jolt.

END_OF_DOCUMENT_TOKEN_TO_BE_REPLACED

Quote Investigator: Years ago I heard a quotation that was credited to Ronald Reagan about the creation of jobs. I do not remember the precise wording, but here are two versions that express the gist of the quote:

No poor man ever gave me a job.

Have you ever been hired by a poor person?

Recently, I’ve seen the saying credited to former Senator Phil Gramm. Can you determine who made this remark?

Quote Investigator: The top etymological researcher Barry Popik has explored this saying, and the results given here build on his valuable work.

The earliest evidence for this expression located by QI was published in a 1977 profile of a professional comedy writer named Robert Orben. The New York Times article noted that Orben supplied humorous material to business men and women who were planning to deliver speeches. The story listed some of lines suggested by Orben. For example, here is an introductory remark and a retort aimed at a heckler [ORNY]:

The program director really wasn’t sure how I’d do tonight. I asked him the capacity of this room. He said, ‘It sleeps 300’.

The article also contained a statement similar to the one under investigation:

Don’t knock the rich. When was the last time you were hired by somebody poor?

In March 1978 the same quip appeared in a newspaper advertisement for a shop called “Ross Jewelers” of Nashua, New Hampshire.

In December 1981 a South Carolina newspaper column titled “The Stroller” printed a version of the joke [SRSC]:

Here’s something to think about: Don’t knock the rich. When were you ever hired by a poor person?

In 1989 the famous comedian Milton Berle published a collection of his jokes that included a modified version of the quip. The second half was changed to an exclamation instead of a rhetorical question [MBPJ]:

I don’t knock the rich. I never got a job from a poor person!