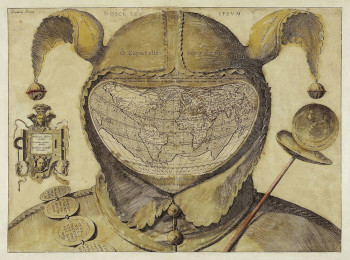 Dear Quote Investigator: An individual who is distrusted can tell the absolute truth and experience solid skepticism. This is particularly accurate when the truth is difficult to believe or comprehend. This observation is reflected in the following adage. Here are four versions:

This saying has been attributed to Prussian statesman Otto von Bismarck, but I have been unable to find a citation. Would you please help?

Quote Investigator: In February 1885 the “Democrat and Chronicle” of Rochester, New York reported on a confusing stock transaction executed by a financial partner of the powerful speculator Jay Gould. Emphasis added to excerpts by QI: 1

The entire street was puzzled by the performance. The general opinion seemed to be that the transactions were “wash” sales and that Gould had simply sold the stock with one hand and bought with the other. Others held that Gould was simply acting on Bismarck’s principle: “When you have to fool the world, tell the truth.”

Gould’s partner and confidential broker sold a large number of shares of Western Union. Normally, this would cause the share price to drop significantly, but Wall Street denizens suspected that something secret was occurring, and the price only fell a small amount. This outcome pleased Gould.

In 1885 Bismarck was still a powerful figure in European politics; he lived until 1898. QI has not yet found a contemporary German version of this quotation ascribed to the statesman. The newspaper referred to the adage as “Bismarck’s principle”; hence, it remains possible that he never said it; instead, observers synthesized the statement to describe the behavior of Bismarck.

END_OF_DOCUMENT_TOKEN_TO_BE_REPLACED 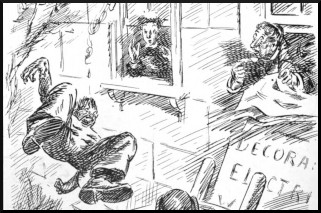 This joke is difficult to trace because the phrasing is highly variable. Also, it has been told in multiple languages, e.g., French, German, and English. The earliest published instance located by QI occurred in the Paris newspaper “Le Figaro” in 1887. The statesman Léon Gambetta was speaking to the novelist Alphonse Daudet. Here is the passage in French followed by a rendering in English. Emphasis added to excerpts by QI: 1

END_OF_DOCUMENT_TOKEN_TO_BE_REPLACED 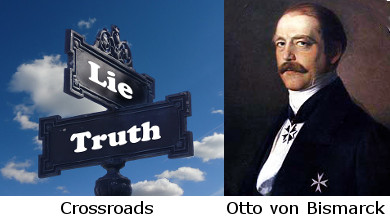 Quote Investigator: This sharp remark which borders on paradox can be expressed in many ways; hence, it has been difficult to trace. The earliest evidence located by QI was published in “The Tri-Weekly Gleaner” of Kingston, Jamaica in 1897. A writer suggested that pronouncements from the government in the Transvaal region of Africa were unreliable. The adage about official denials was credited to a “cautious observer”. Boldface has been added to excerpts: 1

In 1900 “The Times” newspaper of London printed a letter from a correspondent with the moniker “Behind the Scenes” who presented the witticism as an axiom and provided no attribution. 2 The same letter was reprinted in “The St. James Gazette” of London: 3

END_OF_DOCUMENT_TOKEN_TO_BE_REPLACED

Dear Quote Investigator: As a one-time resident of Cincinnati I knew that Mark Twain once worked in the city, and I always enjoyed the comment he reportedly made about it:

When the end of the world comes, I want to be in Cincinnati because it’s always 20 years behind the times.

But this quip is also attributed to the popular humorist Will Rogers. Can you determine who created this joke?

Quote Investigator: The early evidence located by QI points to a different part of the globe. In 1886 The Atlantic Monthly printed an article about King Ludwig II of Bavaria that contained a version of the jape; however, the length of the time lag and the location were distinct [BVAM]:

It is a common saying in Germany that Bavaria will be the best place to emigrate to at the approaching end of the world, since that event, like everything else, will be sure to come off there fifty years later than in any other country. The Bavarians will be behind the times even as to the point when time shall be no more, and will enter as laggards upon the eternal life.

This citation suggests that a version of this gag expressed in the German language probably predates 1886.  Over a period of many decades multiple variants appeared. The remark was modified to target other locales, e.g., Dresden, Netherlands, Mecklenburg, Cincinnati and Ireland. The humor was credited to a variety of people including: Heinrich Heine, Otto von Bismarck, Mark Twain, and George Bernard Shaw.

The earliest Cincinnati-based citation found by QI was dated 1978, and the words were attributed to Mark Twain. Details are given further below. Note that Twain died in 1910, so this is a very late piece of evidence.

END_OF_DOCUMENT_TOKEN_TO_BE_REPLACED

Dear Quote Investigator: The quotation of Otto von Bismarck about laws and sausages has been a favorite of mine for years. I found several versions using Google, and here are two:

Laws are like sausages. It’s better not to see them being made.

To retain respect for sausages and laws, one must not watch them in the making.

I looked for some clear references to texts written by Otto von Bismarck and translated into English to justify the attributions. I could not find anything. Could you investigate this quotation to find out who really said it originally?

Quote Investigator: Quotation experts Fred Shapiro and Ralph Keyes have identified the most likely originator of the aphorism. Before presenting that evidence QI will give the details of a citation in an American history textbook from the 1930s. This post ends with information about a bizarre duel involving sausages that was reported in the 1860s.