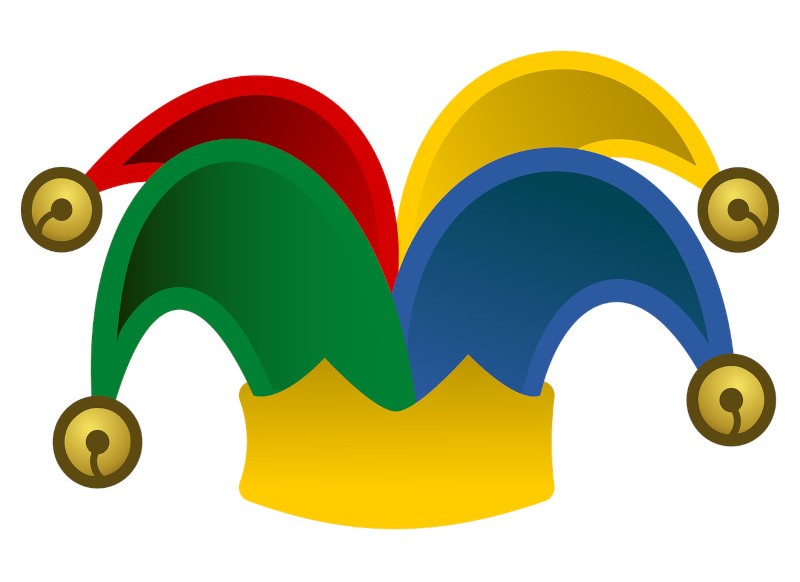 Question for Quote Investigator: Logic and careful reasoning are the ingredients of a constructive argument. Acrimony and irrationality are the elements of a fruitless argument. The celebrated humorist Mark Twain supposedly formulated the following cautionary remark. Here are two versions:

(1) Never argue with idiots. They drag you down to their level and beat you with experience!

(2) Never argue with stupid people because they will drag you down to their level and then beat you with experience.

Comedian George Carlin has also received credit. I am skeptical of both of these attributions, and I have never seen solid citations. Would you please examine this saying?

Reply from Quote Investigator: The full version of this article with additional detailed information is available on the Medium website which is available by clicking here. The abbreviated article appears below.

Scholar Matt Seybold of Elmira College and the Center for Mark Twain Studies examined this saying and concluded that “Mark Twain never said these words, nor anything resembling them”.[3]Website: Center for Mark Twain Studies, Article title: The Apocryphal Twain: “Never argue with stupid people. They will drag you down to their level and beat you with experience”, Article author: … Continue reading George Carlin received credit many years after the quip was circulating.

Do not answer a fool according to his folly, or you yourself will be just like him.

To argue with a fool is to make him your equal.

Don’t argue with a fool, or the listener will say there is a pair of you.—Cincinnati Breakfast Table.

QI has a separate article about a family of sayings incorrectly linked to Mark Twain which is available here: Never Argue With a Fool, Onlookers May Not Be Able To Tell the Difference.

Yul said the greatest advice he ever received in life was given by the French writer Jean Cocteau, who told him:

“Never associate with idiots on their own level, because, being an intelligent man, you’ll try to deal with them on their level—and on their level they’ll beat you every time.”

The above statement used the word “associate” instead of “argue”, but within a few years the remark evolved toward the modern expression. In 1958 a columnist in “The Daily Tar Heel” of Chapel Hill, North Carolina used the word “argue”. The columnist also omitted Brynner’s name and attributed the words directly to Cocteau:[8] 1958 January 15, The Daily Tar Heel, A National Lottery: Is It A Revenue Source? by Frank Crowther, Quote Page 2, Column 7, Chapel Hill, North Carolina. (Newspapers_com)

… Argue with idiots, they drag you to their level & win with experience.

The full version of this article with additional detailed information is available on the Medium website which is available by clicking here.

Image Notes: Illustration of a jester’s hat from OpenClipart-Vectors at Pixabay.

Acknowledgements: Great thanks to Marian T. Wirth, Brian Zachary Mayer, Thayne Davidson Muller, Robert McMillan, AnxiousPony, and Jane Bella whose inquiries led QI to formulate this question and perform this exploration. Also, thanks to Matt Seybold for his pioneering research.

Dear Quote Investigator: The life mission of an artist is paradoxical. Masterpieces are not subservient to narrow facticity. Representing truths and insights requires the imaginative transformation of raw materials. Here are two versions of an energizing maxim for artists:

The saying above has been attributed to the French poet Jean Cocteau who has also been credited with this variant statement:

It is customary to portray poetry as a veiled, languid woman reclining on a cloud. This lady has a musical voice and says nothing but lies.

Another interesting precursor was crafted by the prominent painter Pablo Picasso when he was interviewed by the New York City periodical “The Arts: An Illustrated Monthly Magazine” in 1923. His responses in Spanish were translated into English:

We all know that art is not truth. Art is a lie that makes us realize truth, at least the truth that is given us to understand.

A QI article about Picasso’s statement is available here.

I dropped the package. That shut me up. Let me be lynched. Understand who can: I am a lie who always tells the truth.

END_OF_DOCUMENT_TOKEN_TO_BE_REPLACED

Dear Quote Investigator: Art works such as novels, paintings, and sculptures embody a stylized and distorted representation of the world. Yet, deep truths can best be expressed by deviating from the straitjacket of verisimilitude. Here are four versions of a paradoxical adage:

Different versions of this maxim have been applied to fiction, poetry, and drama. The saying has been attributed to the Spanish painter and sculptor Pablo Picasso, the French poet Jean Cocteau, and the French existentialist Albert Camus. Would you please explore this statement?

We all know that art is not truth. Art is a lie that makes us realize truth, at least the truth that is given us to understand. The artist must know the manner whereby to convince others of the truthfulness of his lies. If he only shows in his work that he has searched, and re-searched, for the way to put over his lies, he would never accomplish any thing.

END_OF_DOCUMENT_TOKEN_TO_BE_REPLACED

Dear Quote Investigator: The prominent French artist Jean Cocteau crafted the most insightful remark about addiction that I have ever read. Some drugs permanently shift one’s perception of pleasure and purpose in the world. Would you please help me to find Cocteau’s comment about the difficulty of taking the world seriously after using opium?

Image Notes: Picture of a field of poppies from Schwoaze at Pixabay. Image has been cropped and resized.

Dear Quote Investigator: The proficiency, creativity, and potency of an artist can grow for decades. Yet, painter and sculptor Pablo Picasso apparently said the following about his change in mentality as he became older. Here are two versions:

Quote Investigator: Derek Prouse interviewed the prominent French literary figure and film maker Jean Cocteau shortly before the artist died, and the conversation appeared in “The Sunday Times” of London in October 1963. Cocteau repeated a remark he had heard recently from Pablo Picasso. Boldface added to excerpts by QI:[1]1963 October 27, The Boston Sunday Globe, Cocteau’s Last Observations: One Is Getting Young At 60 … It’s Too Late by Derek Prouse, Quote Page 6A, Column 1 and 2, Boston, … Continue reading

“Of course, the artist’s life has always been a struggle. Picasso said to me the other day: ‘One starts to get young at the age of 60—and then it’s too late.’ Only then does one start to feel free; only then has one learned to strip oneself down to one’s essential creative simplicity.”

Thus, the evidence for this quotation is indirect. Cocteau reported the words he ascribed to Picasso during an interview published in “The Sunday Times”.

END_OF_DOCUMENT_TOKEN_TO_BE_REPLACED

Quote Investigator: In March 1933 Paul Valéry published an essay in “La Nouvelle Revue Française” (“The New French Review”) about his poem “Le Cimetière marin” (“The Cemetery by the sea”). The saying under analysis was included in this article although the exposition was lengthy. Over time Valéry’s words were streamlined and modified to yield the current set of expressions. Here is the original French followed by a rendering into English. Emphasis added to excerpts by QI:[1]Date: Mars 1933 (March 1933), Periodical: La Nouvelle Revue Française (The New French Review), Article: Au sujet du Cimetière marin (Concerning the Cemetery by the Sea), Author: Paul Valéry, Start … Continue reading

The following translation by Rosalie Maggio appeared in the valuable reference “The Quote Verifier”:[2] 2006, The Quote Verifier by Ralph Keyes, Entry: “A poem is never finished, only abandoned”, Quote Page 167 and 317, St Martin’s Griffin, New York. (Verified with hardcopy)

END_OF_DOCUMENT_TOKEN_TO_BE_REPLACED

Dear Quote Investigator: A top literary figure whose home was packed with valuable manuscripts and art objects was once asked to choose a favorite item. A vivid and heartbreaking scenario was proposed by an interviewer. The reply described the perfect salvation:

Suppose flames were consuming your home and time was precious. What one thing would you carry away?

I would carry away the fire.

The discourse above is approximate because I do not recall the exact phrases. Taking the fire would save the valuable items. In addition, the action alludes to Promethean inspiration. Would you please help me to identify the interview participants and a citation?

Here is one possible English translation of the dialog:

Jean Cocteau. — If there was a fire in my home?

Jean Cocteau. — I believe I would take the fire.

END_OF_DOCUMENT_TOKEN_TO_BE_REPLACED

I have been unable to find a good citation. Are these really the words of Gandhi?

Quote Investigator: Several researchers have attempted to find these words in Gandhi’s oeuvre without success. The saying was ascribed to him by 1982, but Gandhi died decades earlier in 1948.

And that is what is going to happen to the Amalgamated Clothing Workers of America.

Typically, a successful social movement is based on a proposition extolled as a truth. For example, the Gandhian movement was based on the assertion that India should be an independent nation. These propositions face opposition and a harsh reception. QI believes that the saying under analysis fits into a large and evolving family of statements about the multi-stage difficulties obstructing new ideas and truths.

END_OF_DOCUMENT_TOKEN_TO_BE_REPLACED

Would you please help me to find the original citation in French?